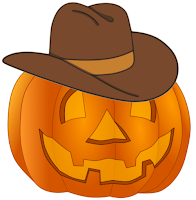 The first major work dedicated entirely to the cinematographic discography of the master Ennio Morricone. Unique of its kind, it was born from the idea of the collector, author and cinema expert Maurizio Baroni, who draws from his own boundless archive to give life to a large review that covers over 50 years of prestigious career, largely unpublished, which includes handwritten scores by the maestro, album covers of the soundtracks and much more.

Unique in its genre, Ennio Morricone: Discovery originates from the idea of the collector, author, and cinema expert Maurizio Baroni. Baroni draws on his own archive to give life to a rich selection highlighting over fifty years of a prestigious career, largely unseen before, which includes handwritten scores by the maestro himself, the original album and single cover sleeves from his soundtracks, and much more. This book is a definite homage to this great Italian composer of film soundtracks, probably the most famous in the world. Texts included by: Dario Argento, Bernardo Bertolucci, Liliana Cavani, Lisa Gastoni, Franco Nero, Quentin Tarantino, and many more.

This essay is concerned with some of the major elements that distinguish Italian westerns [1] from Hollywood westerns. A Fistful of Dollars (1964, dir. Sergio Leone) epitomises a cinematic matrix where all these differences are manifest. This film is not the first Italian western, so why is it being considered as the main cinematic text for this writing? Two reasons, invoked in the quotes below, are its generic innovations and its unexpected financial success:

1. Peter Bondanella (1996, p.255) writes: “much of the impact of Leone’s first western was generated by its conscious departures from what had come to be known as the ‘classic’ western formula.” Moreover, Thomas Weisser cited in Paul Cooke’s Dialogues with Hollywood (2007, p.179) argues that “the movie (A Fistful of Dollars) is responsible for the popularity of the Spaghetti [2] western genre. It set a standard, designed a roadmap for a violently nihilistic cinematic style that dramatically separates Euro westerns from the Hollywood variety.”

2. Cooke (2007, 179) writes that “A Fistful of Dollars was an enormous box-office success, taking more money than any other Italian film to that date and reinvigorating the Italian film industry.”

Hence the combined force of the film’s box-office clout, which ensured the continuity of the Italian western, and its artistic impact, made the European western a cinema worthy of scrutiny by scholars and critics.

This essay will first identify and then examine four fundamental differences between American and Italian westerns.

The effects of Italian neo-realism

Although Italian westerns are popular films, they are nevertheless affected by some of the conventions of a less popular group of films, Italian neo-realism. This is not to say that the Italian westerns are pure artistic pictures which try to manifest the socio-political issues of their day and rekindle the consciousness its people. On the contrary, these films were entertainment vehicles aimed at providing audiences with a break from the reality of everyday life.

The first aspect that recalls neo-realism is the use of (on-location) sets. In the opening minutes of A Fistful of Dollars, the audience observes the man with no name, Joe (Clint Eastwood), entering the border town of Saint Miguel (shot in the desert regions of Almeria, Spain). The town, although populated, is depicted as a ghost town. The emptiness of the streets portrays the total lack of all concepts that make relations between humans dynamic: love, respect, humility, sacrifice, understanding and above all, law. The sets contribute immensely to this portrayal by being simple and white, like the pale face of the dead person who rides horse back into the town. It can also be said that this whiteness is a façade concealing the dark side of a town destroyed and corrupted as the result of gang wars.

In addition to the sets, the realistic make-up of the characters is also borrowed from neo-realist cinema. In both cases, the make-up is not solely an artistic attempt to present a character’s appearance, but a medium for encoding a message that goes beyond character: the unshaven, dirty and sunburnt faces of the characters illustrating the brutal environment which envelops them. Frayling (2006, p.126) explains the source of this realistic view by writing: “Leone often bases his characters’ appearance on nineteenth century photographs.” Joe is a handsome man, but this beauty is distorted by the make-up. In contrast to this, in the American westerns of John Ford or Howard Hawks, no matter how unfavourable the situation, the characters still have time for a shave and bath –that is, they look tidy and clean. This smartness represents the idealistic nature of a strong and tough American subject; Americans like to see their heroes well-groomed.

The above visual elements suggest that the content and philosophy of A Fistful of Dollars can be read in neo-realist terms. The main similarity is that in both cases the characters are trapped by their lives. Leone in Frayling (2006, p.131) says that his characters are inspired by the characters of Sicilian theatre because they are “working within a fairly restricted margin.” However, the representation of ‘being trapped’ differs in westerns and neo-realist films. In the latter, the characters initially do their best to change the situation, but to no avail; they barely survive. On the other hand, in Italian westerns the environmental conditions of the characters are so cruel and unpleasant that they cannot expect any form of survival. They either succeed entirely, or lose it all.

It is due to the above doctrine that ‘money’ is so important in these films. According to Frayling (2006) and Cooke (2007), if in the case of American westerns money is a tool or way for reaching a higher goal (a woman’s love, helping others, escaping a hard life), in Italian westerns it is the ultimate objective. Frayling (2006, p.51) explains this idea as such: “The ‘hero’ does not spend his dollars: he treats them strictly as ‘prize’, as ‘something that must be grabbed before the next man reaches them.’ ” In the case of A Fistful of Dollars, Leone encodes this message to the audience by keeping them in the dark about why Joe needs all the money. From what we can gather, there are other people who need the money more than him. Even Ramón (Gian Maria Volonté), the antagonist, can be said to deserve the money more than Joe because he is in charge of a large gang. Nevertheless, by observing that one person has all the money at the end, viewers can infer that when a society is in trouble, those who can stand for themselves will survive. 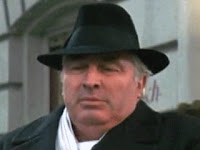