Voices of the Spaghetti Western ~ “They Call Him Cemetery”

France which incorporated British and American actors to gain a worldwide audience. The films were shot silent and then dubbed into the various languages where they were sold for distribution. That means Italian, Spanish, German, French and English voice actors were hired to dub the films. Even actors from the countries where the film was to be shown were often dubbed by voice actors for various reasons such as the actors were already busy making another film, they wanted to paid additional salaries for dubbing their voices, the actor’s voice didn’t fit the character they were playing, accidents to the actors and in some cases even death before the film could be dubbed. 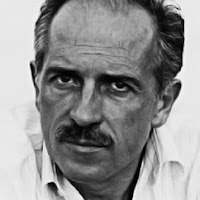 Giuseppe ‘Pino’ Colizzi was born in Paola, Italy on November 12, 1937. He is a film and voice actor and an dubbing director. He began his television career in 1959 with an uncredited role as a restaurant patron in the film “Everyone’s In Love” his acting career was sparse in the 60’s so he started a career as a voice dubber and voiced such actors as  Michael Douglas, Jack Nicholson, James Caan, Richard Dreyfuss, Omar Sharif, Franco Nero, to Robert Powell in Jesus of Nazareth by Franco Zeffirelli, to Christopher Reeve in the first three cinematic episodes of Superman, to Robert De Niro in the epic film by Francis Ford Coppola The Godfather - Part II, to Patrick McGoohan in the second edition of the dubbing of The Prisoner, famous English science fiction of the sixties and especially to Martin Sheen in the masterpiece of Francis Ford Coppola Apocalypse Now . He also voiced Robin Hood in the famous Disney cartoon. In 2001 he participated in the TV series Il bello delle donne in the role of Count Gabriele De Contris. Pino Colizzi appeared in over 50 films and TV series and retired in 2010. He is the father of actress Chiara Colizzi.
Posted by Tom B. at 7:15 AM