We continue our search for filming locations for “Day of Anger”. Scott, now finished taking care of Talby’s henchmen stands in front of the saloon and calls Talby out. Talby walks out and faces Scott thinking he is still the better gunman. Scott has a different opinion and proves it by out drawing and shooting Talby. Frank asks Scott to get him a horse and he’ll leave town but Scott tells Talby he’s learned all the lessons too well and that, “He has to end it, or it might be that later he’ll try and kill him.” He shoots Talby dead. Scott turns and sees Murph’s lifeless body and says, “You won Murph”. Just then Blind Bill calls out his name and runs to his side. Scott shakes his head, throws his gun away and walks away with Bill. THE END.

This scene was filmed at Cinecitta western town set. 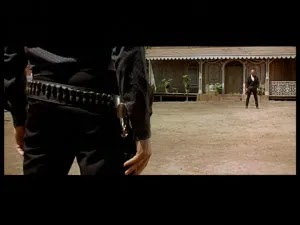 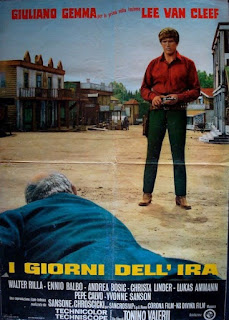 For a more detailed view of this site and other Spaghetti Western locations please visit my friend Yoshi Yasuda’s location site: http://y-yasuda.net/film-location.htm and Captain Douglas Film Locations http://www.western-locations-spain.com/
Posted by Tom B. at 8:24 AM