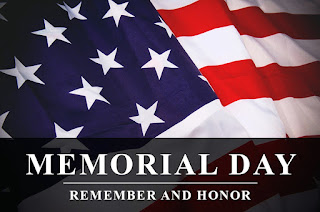 The romantic who invented the Winnetou melody 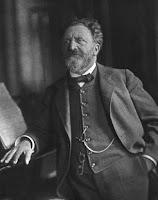 His music is wonderfully contemporary: the composer Friedrich Gernsheim was a Jew and a friend of Brahms, and was conducted by Mahler. Then the Nazis erased his works. A plea for his overdue return to the concert business.

Time and again - no, actually at every opportunity that arises - one has to point out that the anti-Semitism of Richard Wagner, his horrific pamphlet about "Judaism in music", should not be treated with a "Was just like that" sigh and a Shrug off shoulders.

Because Wagner's published hatred of Jews had consequences. For the lives of Jewish composers, for the fate of their works in cultural memory to this day.

There are many reasons why Friedrich Gernsheim, born in 1839 to an old-established Jewish family in Worms, was so thoroughly forgotten after his death in 1916. But it is also related to an entry in Hugo Riemann's music lexicon .

Gernsheim, a former child prodigy, much-played late romanticist, Brahms friend and successor to Max Bruch at the head of the Berlin Academy since 1890 , was, according to the 1901 edition of the standard work, "fair in all saddles and capable of diverse expressions", However, and thus Riemann Wagner's characterization of the typically Jewish in music varied only slightly, “without the convincing power of inner necessity”.

Gernsheim, who had prevailed, conducted by Mahler and Strauss and was celebrated in Dortmund with a two-day Gernsheim festival in 1914, could not be very dangerous during his lifetime. The National Socialists, however, were just making tabula rasa with Gernsheim's work. His notes were burned, banned from the libraries, Karl Holl's Gernsheim biography from 1926 was crushed. Gernsheim was no longer allowed to be played.

Only in the recent past has he met with renewed interest. Behind daring record labels and experimental and research-loving ensembles and interpreters, more and more musicians are venturing into the park of Gernsheimer music, which was believed to be dead and equipped with the most wonderful musical discounts. The songs are available (from the Gernsheim Duo), the violin sonatas (new from Christoph Schickedanz and Ernst Breidenbach ), the piano quartets (new from the fabulous Mariani Quartet ).

Discovering Gernsheim is much more than a historical exercise of reparation. It's great fun too. His music is accessible, to a certain extent barrier-free. One is greeted in unknown and familiar territory (in the first movement of his second violin sonata from 1885, Gernsheim invented the Winnetou melody a good eighty years before Pierre Brice saddled his black horse).

You don't have to acquire any knowledge beforehand. Sometimes it could even be a hindrance to impartial listening to know when Gernsheim wrote his fourth violin sonata , for example. It may be a challenge for every believer in progress, but to measure the musical value and grandeur of this extravagantly beautiful piece, which is full of inner necessity, it is completely irrelevant that it was composed in 1912 - Gernsheim once again fills the chamber music to the bursting point whose boundaries had long since been blown by the Schönberg School.

Gernsheim should definitely not be compared. Especially not with his friend Brahms, whose German Requiem he launched. The world of Friedrich Gernsheim - who was actually "fair in all saddles" and "capable of manifold expression" - was a very special, musically polyglot, only subtly progressing with its respective present.

Gernsheim, who made his debut with his own orchestral overture in Frankfurt in 1850 at the age of eleven, found his sound continent, his fundamental tone, as early as his sense of style, his sense of form. He was, what his teacher in Leipzig, the Salieri student Ignaz Moscheles, had warned him about early on - a romantic.

He explored the European continent and learned its languages. In addition to German, after the five years that he spent as an adolescent in Paris from 1855 (where he met Saint-Saens, Rossini, Lalo, Verdi and Wagner), he was particularly proficient in French.

Gernsheim was a melancholy melomaniac that was repeatedly incited to all sorts of rhythmic pelvic beating. Not a sprinkler, not an existentialist. A merger, a bridge builder.

People like to have him around, this Friedrich Gernsheim. Hopefully soon also in the philharmonics of the world.

Adventures of the Prairie: Heroic West

All the comic books in this series were reprints which consisted mainly of material taken from Kid Colt and Kid = Due Pistole (Italy, 1959) with drawings by Doug Wildey and Jack Kirby, but also Thunder Jack by Giovanni De Leo and Renzo Orrù, here it was renamed Red Canadian, as well as Billy West. Series I: the volumes, without dates, are presented with color covers. The printer was not indicated. Series II: changed the graphics and on the cover appear the logos Adventures of the Prairie and Eroico West (black silhouette of a knight). Initially not indicated print, then Colombo Graphic Arts. Covers with line drawings; small volumes, always without dates. Printing: Colombo Graphic Arts. Series III: Line covers made from Atlas / Marvel production drawings. On the cover initially appears the Eroico West logo on which stands Dynamite Kid on horseback. Then it disappears with the unpublished covers by R. Capredoni. Print: Tramontana lithograph. From #10 appear and dates. There are two versions of #1/3, different from each other in terms of title and content. The latest issues are covered. The first undated issues almost certainly came out at the same time as the last of the Series II. 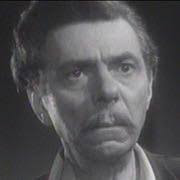 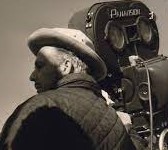 Voices of the Spaghetti Western “Tiger From the River Kwai”

Hartmut Becker was born in Berlin, Germany in 1938. After graduating from high school, Hartmut Becker studied theater studies, German literature and philosophy at the Free University of Berlin. He completed an acting degree with Else Bongers in Berlin before going into his first theater engagement. Becker made his cinema debut with the role of Clark in Michael Verhoeven’s film “OK”, which caused quite a stir as the official German contribution to the 1970 International Film Festival in Berlin. In the following year, Becker was also represented at the film festival with his second movie “Who Loves in the Glass House… Der Graben” (also by Michael Verhoeven and with Senta Berger). Since then he has been one of the most sought-after actors in the film and television sector and in German-speaking theaters. Other films followed: “When Mother Went on Strike”, “Sunday Children” (directed by Michael Verhoeven), “Il decimo clandestine” by Lina Wertmuller, “Gavre Princip Himmel Unter Steinen” by Peter Patzak, “Die Unforgessenen” by Henner Schulte-Holtey and David Dietl, “Monday the Windows” by Ulrich Kohler, “Missing” by Gerd Schneider, “Love Film” by Robert Bohrer and Emma Rosa Simon (Münchner Filmfest 2018). Since 1968 Hartmut Becker has embodied essential roles in more than 100 German and international television films. Becker has also played important stage roles at Berlin stages such as the Schiller Theater and the Renaissance Theater (Berlin). From 2007 to 2012 Becker was a board member of the German Film Academy. As a voice actor, he often lent his voice to the American singer and actor Kris Kristofferson. Becker also worked as a screenwriter and playwright. For his cinema project “Du schaffst es Süße”, “Outlaws” and “Weber's Night”, he received production and screenplay funding. His plays “Die Nach der Amazonen” and “Bizone” were published by the Desch theater publisher.