Who Are Those Guys? ~ Claudio Brook 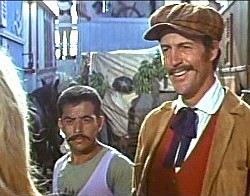 Born Claudio Brook Marnat on August 28, 1927 in Mexico City, Brook had a prolific career, making around 100 film and television appearances in his 38 years. He won two Ariel Awards.

Originally trained as a certified public accountant, later he played soccer for Club Atlante. Brook decided to take up acting and first became a voice dubber, then studied with teachers Seki Sano, Salvador Novo and Fernando Wagner. He debuted as an actor in the theater in the play "Rope" in 1953. He went on to work in films and television including memorable performances in “The Passion of Isabela” (1984), “The Secret Path” (1986) and “Teresa” (1989). In film he worked with Luis Buñuel in the film “Simon of the Desert” (1965). He portrayed Gabriel Lima in “The Castle of Purity”, he represented Jesus Christ “Jesus our Lord” (1969) by Miguel Zacarías and gave life to Dieter of the Guard in “Cronos” (1992).

Claudio married three times, first with the actress Eugenia Avendaño, the marriage ended in divorce, the second to actress Mercedes Pascual, also divorced and third with actress Alicia Bonet in the early 1970s with whom he had two sons, Arthur and Gabriel. He died on October 18, 1995 in Mexico City as a result of stomach cancer at 68 years of age. 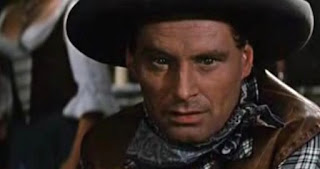 Rafael Pacheco (cinematographer) is 95 today.
Posted by Tom B. at 5:33 AM No comments:

On Behalf of American Indians 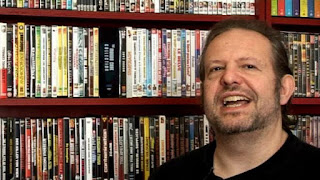 Story: A documentary and interview with film historian Antonio Bruschini on the filming of “Navajo Joe” (1966). This documentary is a featurette on the Koch Media 2009 DVD release of “Navajo Joe - Kopfgeld: Ein Dollar” pictured above. 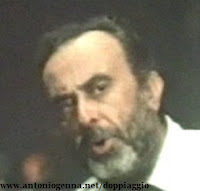 Italian stage, screen, television and voice actor Cesare Gelli died in Rome, Italy on August 27th. He was 83. Gelli appeared in over 35 films and TV appearances beginning in 1962. He appeared in the ‘Totò ciak’ 1967 western episode ‘Toto contro Ringo’ starring Gordon Mitchell. Gelli played the role of Slim MacGregor.
Posted by Tom B. at 6:40 AM No comments: