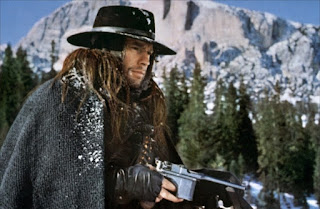 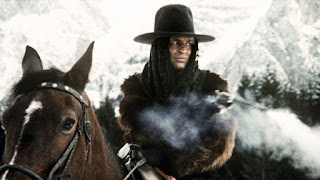 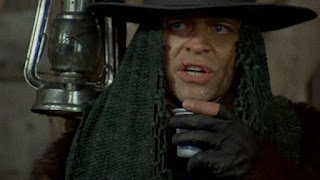 The Great Silence has no interest in offering us a happy ending. We simply don’t deserve to ride off into the sunset. We don’t even deserve a living damnation. We only deserve death, and that’s what we get. Sergio Corbucci leaves us hollow, our insides scooped out and splayed across the silver screen. For our sins on this planet, The Man With No Name does not get the final word. He does not get the cool comeback or the slick quickdraw. He only gets the honesty of a bullet, and we get to share that reality with him.
Posted by Tom B. at 6:14 AM No comments:

50th Anniversary of the premier of Vengeance is Mine


Vengeance is Mine was the directorial debut of Giovanni Fago (here credited as Sidney Lean). The film was written by veteran Ernesto Gastaldi with an excellent score by Nora Orlandi. On the set of this film Gianni Garko got to know Susanna Martinkova, a Czechoslovakian actress and her debut in an Italian production, he later married the actress and they had a daughter Maria.

Story: Young Clint Forrest, after killing his father during an argument, puts the responsible for the murder on his half-brother John. After serving ten years in prison, John goes in search of Clint, who, meanwhile, has become a dangerous outlaw, over whose head hangs a sizable reward. He anages to track down Clint, but he waivers to kill him, preferring to deliver him to the sheriff in order to get the reward money. Clint escapes from jail, where Clint runs again into John. Instead of taking him back to jail, he agrees to follow him to share with him the cache of a robbery near the Mexican border. Clint, with the help of two members of his gang, draws his brother into a treacherous trap. He’s beaten by the three outlaws and left to die in the desert. Fortunately John escapes death and starts in search of his brother and his accomplices and when found is determined to kill them without mercy. 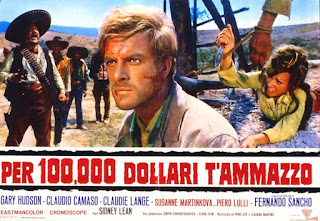