Who Are Those Composers ~ Robert Mellin

Israel Melnikoff, known professionally as Robert Mellin, was born on eptember 22, 1902 in Kiev, Ukraine, The Russian Empire. His father was a tailor Joseph Melnikoff and together with his wife Anna sailed to England but shortly thereafter moved to Chicago, Illinois where Israel was raised. Robert began his career in the music business as a songplugger for Remick Music in Chicago, eventually being promoted to manager.

After becoming an American citizen in 1938 (changing his name from Melnikoff to Mellin), he moved to New York and became an executive at Broadcast Music Inc. (BMI) shortly after it was formed in 1940. In 1947 he launched his own company Robert Mellin Inc. which operated in both America and Europe. The success of the Mellin companies can be judged by the fact that when the group was sold in 1968, the asking price was $1.6 million. Mellin wrote the music or lyrics for several hit songs in the 1950s and 1960s such as the Ames Brothers: "You, You, You" (1953) and Frank Sinatra’ "Rain (Falling from the Sky)" (1955). In 1962 he supplied the lyrics to Acker Bilk's "Stranger on the Shore" which sold over a million copies. From the late 1950s onwards he ran his own music publishing company. The prolific scale of Mellin's composing is reflected by his BMI account which runs to 608 titles, some written under the pseudonyms Robert Milton and Joe Hart. From 1952 he worked extensively in Europe, founding Robert Mellin Ltd in England. He also joined several performing right societies in Europe, becoming a member of SDRM (France) in March 1973, SABAM (Belgium) in April 1973 and SACEM (also France) from February 1979. He also joined SGAE (Spain) before renewing his membership of BMI in 1993. Mellin made London his permanent home from the mid-1970s and married his songwriting colleague Patricia Rossiter in 1980 at Westminster.

In 1968 Mellin's publishing group acquired exclusive rights to all film scores coming out of Czechoslovakia and Rumania, as well as many from Italy. Mellin himself scored two Italian westerns, but his own best-loved scoring work was for cult TV-series “The Adventures of Robinson Crusoe” (1964) which he co-composed with Gian Piero Reverberi. The theme music became a hit single and the score was released on CD in 1990 and expanded in 1997 with Mellin credited as a guest advisor. In order to present the full score Mellin succeeded in locating the original tapes that he had stored in Rome. Sadly, it was on one of his business trips to Rome on 9 July 1994 that 91-year-old Mellin suffered a fatal heart attack, bringing to an end over 60 years of service to music and movies. 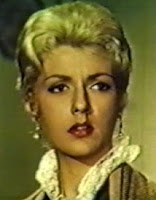 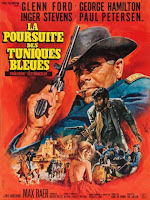 Rick Dalton the fictional character played by Leonard Di Caprio in Quentin Tarantino’s film “Once Upon a Time in Hollywood” appears in two more fictional western films which posters have now appeared.  “Hell-Fire Texas” which is copied from the French for “A Time for Killing” and “Comanche Uprising” copied from “Navajo Joe”.

Voices of the Euro-western ~ “The Great Silence” 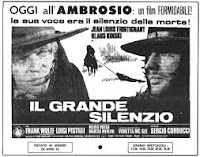 Gerd Martienzen was the son of a German father and a Belgian mother. He was born in Ostend, Belgium on March 24, 1918. At the age of three, Martienzen, who until then had only spoken French, came to Berlin, home to his father. There he attended the drama school of the Prussian State Theater and performed after the war at the Hebbel Theater and the Free People's Stage.

In the 1950s, he played supporting roles in several films, mostly because of his language skills as a Frenchman, as well as in “Es kommt ein Tag” (1950) with Dieter Borsche and Maria Schell.