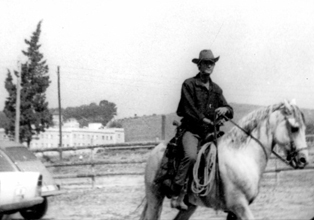 A documentary on the Balcazar Studios western set Espulgues City and the people who worked there. 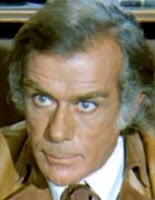 It has only now become known that the film, TV and theater star Sieghardt Rupp died in July 2015 aged 84 years. Sieghardt Rupp was born on June 14, 1931 in Bregenz.  He studies at the University of World Trade in Vienna (today a business university), the son of a school principal he soon and moved to the Max Reinhardt Seminar. At first he was a stage actor before becoming a film actor appearing as Tommy Rupp. His first western role was as Fernando in “The Last Ride to Santa Cruz (1963) and then became internationally known for his role as Esteban Rojo in “A Fistful of Dollars”. He would go on to appear in a total of seven westerns including “Frontier Hellcat” (1964), “The Man Called Gringo” “Who Killed Johnny R.? (both 1965) and “Blood at Sundown” 1966. In the mid-1990s he withdrew from acting and lived a secluded life in Vienna, Austria where he died on July 20, 2015.
Posted by Tom B. at 5:21 PM 1 comment: 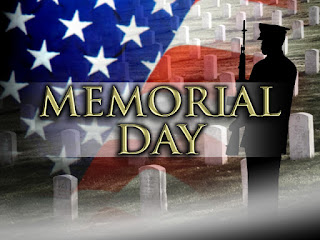 This was a wide range of comics, who was born in the wake of the most successful films, published by Editoriale Italy almost all the series did not last long and the artistic work was not very good either or well treated. However, this publishing house gave to the press the comic stories of many characters of the Italian Western movies, in fact in those years they published the Trinity, Sartana, Sabata, Dakota, Geronimo, Nevada (taken from the American Nevada Smith films) and many others.

It is not easy to define the genre "Spaghetti Western" (and why not try it). Certainly what you read on the net about Wikipedia or other specialized sites, such as the fact that it is produced in Italian films with limited budgets, rich action and violence, with rare dialogues and close attention to the music, is completely right. But it's statements that, in my opinion, only touching the essence of the matter.

For me, the meaning of the Spaghetti Western, of all the tens and hundreds of films of the decade 1965-75, is summarized since the early minutes of Dollars For a Fist, when Joe looks down and pretend not to see an abused child . Do you remember (min. 3:10)?

And then the final duel, with the gimmick of the metal plate which is much more than a plot twist, it is the final ripping with the phony world of American cinema. It 'a banality, vulgarity that no American director would have thought. And 'the viewer's own life that enters the film, because it is the method that any ordinary person would use in real life, but comes completely unexpected because we are in front of a screen where the characters should behave in another way.

And in the comics? I think one can say that, to some extent, throughout the western production of the Italian comic has some features to Spaghetto. After all, the ultimate aim that from the outset had these films, pure and simple entertainment, has always been the foundation of all the popular comic strip. And it is the popular word the link between the Italian western film and the Italian comic; Sergio Leone in all her interviews says he wants to entertain the viewer with the spectacle, which wants to tell him a story. But there are also other features that the two worlds share, and that perhaps the Spaghetti Western has borrowed from the Italian comics. The most important (but there are others) is the serialization of the characters: all the various Trinity, Sartana, Ringo, etc. Sabata. etc. They are inserted into real sagas of many films. And not only the protagonist is always the same, but the villains are always the same (even the same actors). That of Western Spaghetti is a self-world, its like western comics (we think of old friends and enemies of Tex, for example).

However, there is just a western comic vein that we can consider specifically Spaghetti, a strand formed by certain warheads own outputs in the years 1965-75 that are also a break with the previous comic tradition. Again it is not easy to give an adequate definition, nor is it possible to determine precisely how much of this "new course" is due to the cinematic revolution of Sergio Leone and how the comics of the Giussani sisters. But, as for the film, one can identify the characteristics that, even if not always occur all together, are typical of this kind:

1) The books have covers that recall the SW;
2) The heads of the titles refer to the SW;
3) The publishing house is often a meteor cartoon (and here is the parallel suffered with low budgets SW);
4) The drawings are (deliberately) more ungrammatical and move away from the classicism of the clean line. Sometimes they take on tones almost grotesque;
5) Although the format is most often Bonelli, the stories are more lace, more frantic, more immediate, and far less wide-ranging than in classics like Tex.
6) The stereotype of the characters is that of the SW, there is never the classic mold hero.

In the past we talked about El Desperado that, like other comics of the 60's The Holy kind, often brought the covers with Clint Eastwood and other actors of the genre:

And we also talked about Kirbi Flint, a strange hybrid between a Western Classic and one Spaghetto.

But the most brazenly tested, unarguably, charmingly Spaghetto are two publishing houses long since disappeared: the Ellepi Publishing and Editorial Italy. Two names that we can, however, be considered as a single publisher since the former was replaced by the second in the prosecution of these necklaces around 1972.

The first is Sartana, of March 1971, the screenplay Giorgio Pedrazzi and brother Mario pima designs, then Dominic Mirabella and the Studiosette.

And 'the typical Lone Ranger, and even the name refers to the character of the film. The format of the register is Bonelli but the board is built in 4 large cartoons and not to 3 strips. So the reading is fast, the story picks up speed because the design does not dwell on the details, and there is only a story to read, without too many frills and indeed action-packed and fun. As just one example, in a 60-story Sartana pages can, in order, to go to bed with a girl, to take the revolver of her father, to be captured and released by the Ku Klux Klan, to punish a thug I do not go to the saloon and avanto because we are only on page 20!

Then there is the Trinity of January 1972, which presents the adventures of half-serious Trinity and Bambino, just like the movies.

The same holds true for Sartana, plus a humorous component and the Guido Canestrari designs that I like a lot, and I would call for the genre emblematic of the SW (see point 4).

Simultaneously with the Trinity comes out Sabata (December 1971). smaller size (half way between Bonelli and black) and less foliation, is the least interesting character of the group. Also he is a lone ranger, and he also is named after a character in the film, but the stories seem more "old" and stereotyped comic 60s. Cartoon studio the drawings.

Nevada is slightly later (February 1972). The drawings are of Marchetti, who had already met in The Samurai.

From what I have read, is the character most "black" and villain of the group. In a story appears on page 3 of a hill and takes aim to kill a man in cold blood. Not a very canonical scene:

But after all the publicity had warned readers:

Finally, Dakota and Cochise arrive respectively in June and August of 1972. The lyrics are by Mario Esposito, and the chief designer was R. Esposito (and these two authors do not know them). Then I sued for Cochise, besides Maurizio Santoro, future Bonelli "Esposito Bros" Nando and Denisio that if it were true, it would mean that they made those comics at the age of about 10 years! 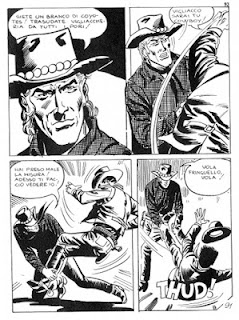 It seems strange, but everything can be. In fact, these two titles are those that present the most bitter drawings, and show all the typical crafts of the SW (point 3). Even in an episode of Dakota is the spelling mistake "Scheriffo" with the h, throughout history (third vignette):

To be precise Cochise, like the aforementioned Clem and Samantha, you should not be with the other titles, since in practice is linked thematically to the classic Kocsis GL Bonelli and Uberti or that of Chiomenti brothers. But in the end I put it here because if the content has little to do, in the way that is made all the charm of the SW comics (you notice even the position of the balloon and the lettering):

After all this papyrus, the collectors will wonder why they have not put the most important thing, a complete history of all these series. Why I put in the next post, along with the complete history as much as possible of all the myriad collections / reprints that these series have had in years. It will be an episode of the Address Book on Inessattezze of Bono's Guide, because I will have some things to correct or add. See you soon!
Posted by Tom B. at 5:56 AM No comments:

Lawrence Roman (screenwriter) would have been 85 today, he died in 2008. 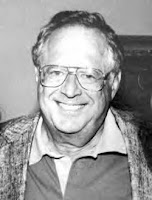 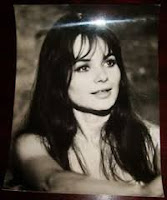