Who Are Those Composers? ~ Claude Bolling 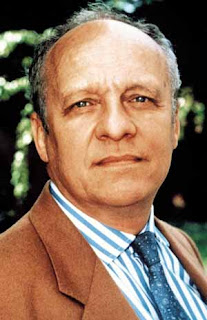 Claude Bolling was born in Cannes, Alpes-Maritimes, France on April 10, 1930. A child prodigy, by age 14 he was playing jazz piano professionally, with Lionel Hampton, Roy Eldridge, and Kenny Clarke. Bolling's books on jazz technique show that he did not delve far beyond bebop into much avant garde jazz. He was a major part of the traditional jazz revival in the late 1960s, and he became friends with Oscar Peterson.

Bolling is also noted for a series of "crossover" collaborations with classical musicians. His Suite for Flute and Jazz Piano Trio with Jean-Pierre Rampal, a mix of Baroque elegance with modern swing, has been a top seller for many years, and was followed up by other works in the same vein. It was particularly popular in the United States, at the top of the hit parade for two years after its release and on the Billboard top 40 for 530 weeks, roughly ten years.

Following his work with Rampal, Bolling went on to work with many other musicians, from different genres, including guitarist Alexandre Lagoya, violinist Pinchas Zukerman, trumpeter Maurice André, and cellist Yo-Yo Ma. He has also worked with, and performed tributes to many others, including Lionel Hampton, Duke Ellington, Stéphane Grappelli, Django Reinhardt, and Oscar Peterson.

Bolling is known by most Euro-western fans for his compositions for the Lucky Luke cartoon film and TV series.