We continue to our search for filming locations for the 1970 film “Adios, Sabata”. The Austrian Lieutenant returns to Skimmel’s headquarters and reports the massacre and tells him he has seen Ecudo and Sabata was with him. Skimmel writes a note and sends it by courier pigeon to Folgen alerting him that the gold has been stolen and Sabata and Escudo will be in the area. 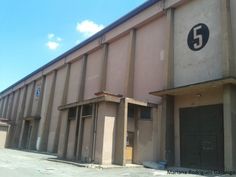 This scene was filmed on a set in a Rome soundstage.