Who Are Those Gals? ~ Nuccia Cardinali 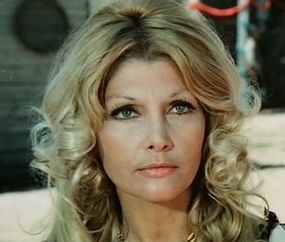 Annunziata Cardinali was born in Potenza, Italy on November 4, 1938. She moved to Rome at an early age, shortly after the end of World War II , and in 1957 started acting as an actress for photomasons , debuting in the cinema the following year under the name Nucci Cardinali.

Nuccia then embarked on a singing career in 1960, obtaining a record contract with the Carosello, label with which she published her first 45 and LP.  She hosted some television programs, such as ‘Giallo club. Invito al poliziesco’ (where she sings Stars Fell on Alabama and That My Desire ) or ‘Rhythms of Today’ (in which she sings ‘I Can’t Give You Love’ ), and in the same year she appears in the musical “The Teddy Boys Song. She then signs with other labels, such as Play and Seven Records.

Cardinale became known in the sixties as an actress of fotoromanzis for Lancio, performing in 69 fotoromanzis, of which she was the star in 43. She also worked in films acting in various B-movies of adventure , western , thriller and horror .

She abandoned her career as an actress at the end of the seventies, returning briefly to acting in a photojournalism in the early 1980s .