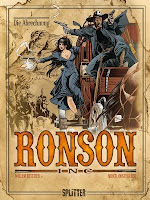 The basic idea for Ronson, brings quite a bit of originality into the game: it is not about the eternal conflicts between settlers and aborigines or northern and southerners, but about rival detective agencies. As the well-known, hated, and historically-respected Pinkerton agents from Chicago, who are roughly squeamish in their methods, and the worthy competition of company founder and managing director Richard Ronson, who does not miss the opportunity with his wild bonds, with the mighty Market leaders. This, in turn, is not at all fun, and mutual respectful throat slits, head hunting, and other ways of regulating the order of the situations prevail. In a skilful move, Pinkerton even sends Ronson's son, who has been hired from the archenemy for his father's rebellion, against the adversary. This is, however, wrong, and after the attempted assassin tries to get rid of him, the flop changes sides. Meanwhile, Ronson falls into a trap when he fails to protect a lucrative gold transport escort. And somehow they are all behind a strange suitcase, the content of which is obviously of the highest interest. Volume 1 does not end with a cliffhanger, but the search for the missing Ronson, under the initially reluctantly accepted aegis of Junior. 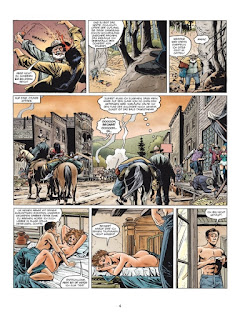 Okay, this is, of course, bright, trimmed with effect, with only half-hearted remarks like the dirty and realistic Western TV series Deadwood, but the basic constellation conceived by Willem Ritstier and above all some characters make for a good mood - the drunken Diane , who likes to offer abortion to anyone who calls them "babies" or "girls", and behind them, the hilarious colored (can one say that, or must it be called Afro-Americans?) is Denny, or in the truest sense of the word Messerscharfe Becker, the Pinkertons on running meters downstairs. Staged is the whole of the Minck Oosterveer, which was unfortunately lost shortly after the completion of volume 2, in a lot of pastel and partly unsuccessful panels, which at times appear to be very schematic. But this does not stop the thieves' fun, so we are already looking forward to it

Written is by Willem Ritstier and drawn by Minck Oosterveer. Volume 1 & 2 are hardcover books with 48 pages in color. 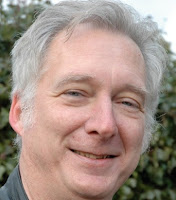 Minck Oosterveer was born on July 19, 1961. Oosterveer was a highly respected cartoonist in the Netherlands and worked on prestigious series such as: Ronson Inc., Zodiak, Nicky Saxx and others. In 2009 he worked with Mark Waid on The Unknown, a 4-issue limited series released by Boom Studios. Minck died on September 17, 2011 after a tragic accident while driving alone on his motorcycle. There were no other vehicles involved in the accident.