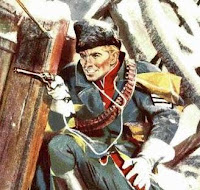 The Dick Daring character was then picked up by the Italian publishing company Dardo and new adventures were writen by Raffaele Garcea as Jim Canada. Canada was a sergeant in Canadian Royal Mounted Police and the comic book series tells of his courageous adventures taking on the typical occupations of a guardian of law in the cold and savage Yukon, by defending the settlers  and trappers from indomitable Indians and outlaws who populated the territory.

This comic book was written by Raffaele Garcea with artwork by Giorgio De Gaspari in Italy from 1958-1986 and published by Dardo. The series consisted of 297 issues. It started with 68 pages and graduated to 166 pages and finally to 196 pages with #275. Jim originally appeared in the English collection "Thriller Picture Library" under the name of Dick Daring of the Mounties. Most of the first 50 covers are from its English origin. They contributed to the success of the magazine. 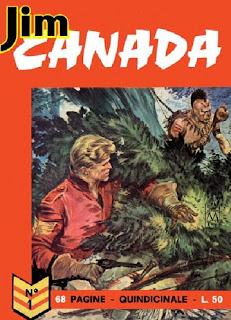 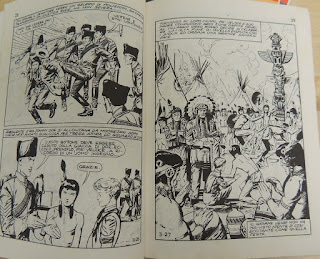 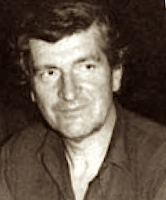 Giorgio De Gaspari was born in Milan, Italy in 1927. His father was a technical designer who had given him the first rudiments of design. Graduated at Brera Art High School and at the Night School of Naked, he also attended the Academy. His first editorial collaborations, included the Corriere's Sunday and the Grand Hotel, and date back to the postwar period. In the following years he had a series of collaborations, including comics, on the Corriere dei Piccoli and on the cover of the Sunday of the Corriere. He became a book illustrator, who collaborated with Studio D'Ami for British publishing houses, and then for Reader's Digest and Epoca. After living in London in the 1950s and at the end of a long period of travel, he had definitively retired to Pellestrina in the 1970s where he died on October 16, 2012.