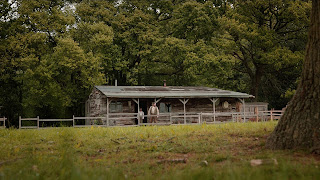 After the discovery of gold in 1867, Northern New Mexico began to be flooded with would-be prospectors scouring the mountains and staking their claims. With the rush of miners came homesteaders, ranchers, circuit riders, gamblers, thieves and ...a serial killer. Over the next 3 years people started to quietly disappear on the dangerous mountain roads between the mining towns. Our story takes place on the eve of the killer's last murder but things do not go as planned as a young mother, Rosa, and her son inadvertently interfere.