Who Are Those Guys? ~ Jim Brown 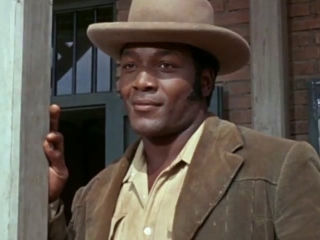 James Nathaniel Brown was in St. Simons Island, Georgia on February 17, 1936. He is a former professional American football player and actor. He is best known for his record-setting nine-year career as a fullback for the Cleveland Browns of the National Football League (NFL) from 1957 through 1965. In 2002, he was named by Sporting News as the greatest professional football player ever.

Jim’s father, Swinton Brown, was a professional boxer, and his mother, Theresa, a homemaker.

Brown began his acting career before the 1964 season, playing a Buffalo Soldier in a western action film called “Rio Conchos”. The reaction was lukewarm. Brown, one reviewer said, was a serviceable actor, but the movie's overcooked plotting and implausibility amounted to "a vigorous melodrama for the unsqueamish."

In early 1966, Brown was shooting his second film in London. “The Dirty Dozen” cast Brown as Robert Jefferson, one of twelve convicts sent to France during World War II to assassinate German officers meeting at a castle near Rennes in Brittany before the D-Day invasion. Production delays due to bad weather meant he would miss at least the first part of training camp on the campus of Hiram College, which annoyed Cleveland Browns owner Art Modell, who threatened to fine Brown $1,500 for every week of camp he missed. Brown, who had previously said that 1966 would be his last season, the final year of a three-year contract, announced his retirement instead. At the end of his nine-year career, Brown held records for most rushing yards in a game, a season and a career. He also owned the record for all-purpose yards in a career and best average per carry for a running back at 5.22 yards, a mark that still stands.

Brown went on to play a villain in a 1967 episode of ‘I Spy’ called "Cops and Robbers", and appeared in the 1970 movie “...tick...tick...tick...”, as well as in numerous other features. Biographer Mike Freeman credits Brown with becoming "the first black action star", thanks to roles like the Marine captain he portrayed in the hit 1968 film “Ice Station Zebra”.

In 1969, Brown starred in the Euro-western “100 Rifles” with Burt Reynolds and Raquel Welch. The film was one of the first to feature an interracial love scene. Raquel Welch reflects on the scene in Spike Lee's Jim Brown: All-American. Brown acted with Fred Williamson in films such as 1974's “Three the Hard Way”, 1975's “Take a Hard Ride” (another Euro-western”, 1982's “One Down, Two to Go”, 1996's “Original Gangstas” and 2002's “On the Edge”. He also guest-starred in a handful of television episodes on various programs with Williamson. In 1998, he voiced Butch Meathook in the film Small Soldiers.

Perhaps Brown's most memorable roles were as Robert Jefferson in “The Dirty Dozen”, and in Keenen Ivory Wayans' 1988 comedy “I'm Gonna Git You Sucka”. Brown also acted in 1987's “The Running Man”, an adaptation of a Stephen King story, as Fireball. He played a defensive coach, Montezuma Monroe, in “Any Given Sunday”, and also appeared in “Sucker Free City” and “Mars Attacks!”. Brown appeared in some TV shows including ‘Knight Rider’ in the season 3 premiere episode "Knight of the Drones". Brown appeared alongside football hero Joe Namath on ‘The A-Team’ episode "Quarterback Sneak". Brown also appeared on ‘ChiPs’, episode 1 and 2, in season 3, as a pickpocket on roller skates.