We continue our search for the filming locations for “Bullets Don’t Argue”. As Pat returns to Agnes and Mike and her farmhands they hear a bugle in the distance. The cavalry has arrived led by George. They wipe out all of Paco’s gang and Santero’s henchmen. Santero escapes with the stolen bank money and is chased down by Garrett. 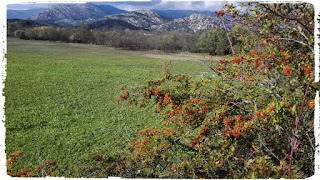 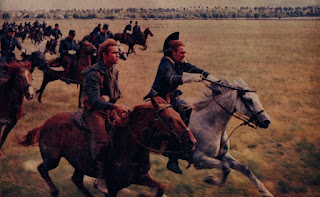 For a more detailed view of this site and other Spaghetti Western locations please visit my friend Yoshi Yasuda’s location site: http://y-yasuda.net/film-location.htm and Captain Douglas Film Locations http://www.western-locations-spain.com/
Posted by Tom B. at 7:00 AM