A cult DEFA Indian is applying as Winnetou's father 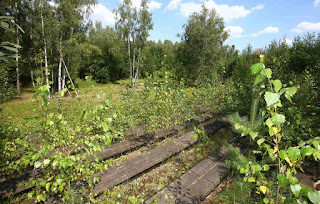 
The current state of the Karl-May-stage at the reservoir Oberwald is overgrown and dilapidated.

Hohenstein-Ernstthal - This is a big hit at the reservoir Oberwald: Gojko Mitic (76), "Winnetou of the East"  plans to bring, next summer, the stories of Karl May back to the open-air stage. A Swiss company is investing a million-sum..

"A good eleven years has gone by and no one has done anything here, we have some work to do." Zimmermann and his partner Tom Volkers and Florian Niffeler will specialize in Karl May productions.

"A commission of the grounds we have already made with the responsible politicians," said Zimmermann.

"We will invest in infrastructure, backrest which can be attached to the seats. The capacity we want to increase from 1300 to 2000. All in all, we are investing a seven-figure sum."

In July 2017, the first performances are to run: "20 are planned." And an old acquaintance should also return: "We are negotiating with Gojko Mitic" says Zimmermann "He finds the project great." It would only be if there are no other commitments. It will be clarified.

Mitic, "Chief Indian of the GDR", played in numerous DEFA films chiefs as "Tokei-ihto" and "Chingachgook". During the new Karl May performances he will play the father of Winnetou. 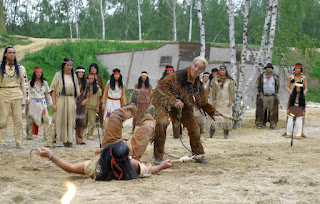