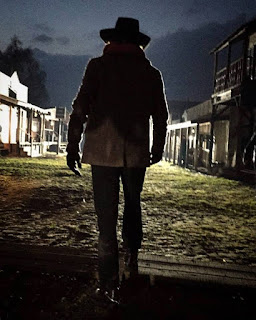 'Fear the Unknown Men' is a western thriller. The film follows a superstitious sheriff calculating how to arrest a notorious gang who are holed up in a small-town saloon for a night. His plans are thrown off by the arrival of a manipulative stranger, looking to collect the wanted men’s bounty. Can the two men work together, or will the criminals be free to ride another day?

The story is a dark a tug-of-war between justice and revenge, where an unwarranted murder is one ill-given look away. Characters cannot be trusted to fulfil their promises, are likely to stab others in the back at a moment’s notice, and nobody’s true motivation is ever revealed until it is too late.