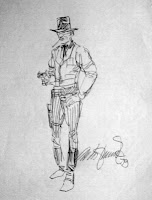 Mortimer was created by Víctor de la Fuente ran from 1973-1974 for the Italian publisher E.P. A total of 12 issues were released. 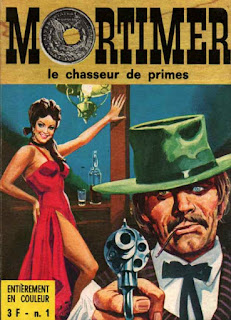 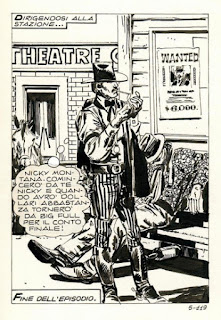 Víctor de la Fuente was born was born in Ríocaliente, Spain on April 12, 1927 into a Spanish family of artists. He worked in advertising and illustration in South America. Back in Spain, he devoted himself to comics without neglecting the novels of illustrations, including science fiction. He also worked with Jean-Michel Charlier on Gringos. Víctor de la Fuente won several awards. His last works were a series of Tex Willer stories for Italian publisher Sergio Bonelli Editore and the French album Aliot, written by Alejandro Jodorowsky. De la Fuente died in Le Mesnil-Saint-Denis, France on July 2, 2010 and was buried at Le Mesnil-Saint-Denis.