Who Are Those Guys? - Robert William Bradford 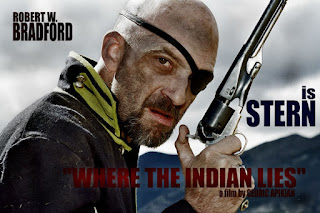 Robert William Bradford is an American born actor working in French films. He took acting classes at the American Conservatory Theatr and at Larry Menkins Actors Studio in San Francisco with additional training at the American Film Institute and improvisational work at the Professional Artists Group in Los Angeles.

He’s appeared in theater, film, TV and as a voice actor since the late 1990s.