Who Are Those Guys? - Nick Brady 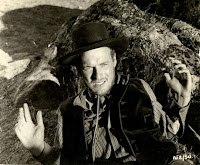 Brady began his theatrical career at the Bristol Old Vic Stage Company and the Royal Shakespeare Companies. He appeared in many West End plays and worked with such distinguished actors as John Gielgud, Michael Redgrave, Laurence Olivier, Peter O'Toole, Richard Harris, Joan Plowright and Peggy Ashcroft, and performing such roles as Hamlet, Benedict in Much Ado About Nothing, Orlando in As you Like It, Orsino in Tweltfth Night and Brabantio in Othello. His other West End appearances include The Young and the Beautiful (Arts Theater 1956), Out of Bounds, The Man Who let It Rain, Torrents of Spring, Mistress of Novices, The Good Sailor and Taking Steps (Lyric Theatre 1980), as well as The Making of Moo with the English Stage Company. Nicholas also performed as a member of the Stratford Memorial Theatre, the National Youth Theatre, Liverpool Repertory and Birmingham Repertory, as the Gate Theater in Ireland and the New York Stage Company, in addition to going on tour with Eartha Kitt for a production of Bunny. For photos of his early theater work, go here.

No stranger to theatrical tours, Nicholas embarked on two in 1975, one playing Sherlock Holmes in Sherlock Holmes of Baker Street, and then playing Noah Curry in The Rainmaker. He would later reprise the roll of Holmes in the 1979 production of The Crucifer of Blood at the Haymarket Theater.

Nicholas worked as a theater and television director for several years as well as a writer for the successful ‘Avengers’ television series. He adapted and directed the world-premiere staging of Shakespeare's Venus and Adonis in 1970 in Los Angeles, in addition to adapting and directing a production of Edgar Allan Poe at the Los Angeles Music Center in 1971. For more information about his writing and directing work, go here.

As an actor, Nicholas has been in countless television plays, though he was particularly proud of having played opposite Patricia Neal in ‘The Days and Nights of Beebee Fenstermaker’ on ITV in 1962. He played the lead in the CBC Festival television production of ‘Nobody Knows’ in 1969.

As a playwright, Nicholas authored Once Upon a Virgin, a comedy first performed in London in 1969, as well as a thriller entitled Murder Bloody Murder which toured England and Europe in 1979. Nicholas passed away the night of June 1st, 1999 after a three year struggle with cancer.