We continue our search for locations for “The Gatling Gun”. After Tanner throws and ropes the bull the scene shifts to show Do Curtis walking down the center of Las Alamas towards the camera when he gets right in front of the camera and all that we can see are his shoes, he suddenly stops. The camera turns 180 degrees and we see Tarpas and his men riding slowly into town. They stop at the Doc’s office but the door is locked. While Doc watches in hiding across the street we see Tarpas kick open the door. He enters but soon comes out telling the men the Curtis isn’t there. He orders two of his men to stay at the Doc’s office and wait for him while he and the other men ride to Ryckert’s place. 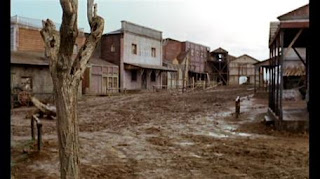 This scene was filmed on the streets of the Elios western set outside of Rome. 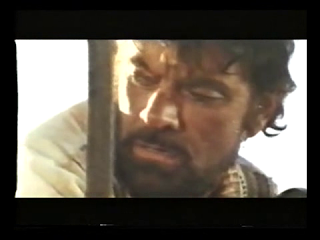