Little Ranger belongs to a group of teenage heroes prevalent in the fifties and sixties (such as Captain Miki , the Little Sheriff and many others) that took on a young persona which promoted their identification to potential buyers, the kids, that due to the proximity of age could be reflected in the hero of comic adventures.

Kit Teller, the hero of the series, is the son of Mary Worth and Moses Teller who emigrate from Wales to seek their fortune in the new world.  Arriving in the United States , Mary and Moses, buy a Conestoga wagon and  meander in the wilds of the border territory in search of work.  During their trip on the border between Missouri and Illinois, Kit is born in 1861. Eight months after the birth of Kit his mother dies and little Kit gets sick.  Saved by the Indians of the tribe of Red Bison, which Moses had met when he was desperate for his son's health, Kit and his father remain for almost a year with these Indians, but in the end Moses decides to return to his people.  He knew that joining the Rangers it would give him the money that he could send Kit to an Eastern college.  So Moses becomes a ranger and gets permission from the commander to keep the small Kit at the fort until the child reaches the age to go to college.

The series of the Little Ranger starts off with the strong detachment of Rangers, where he and Moses Teller are stationed.  Kit's father, during a mission, has defected and disappeared going to live with the Indians, and for that reason he is considered a traitor.  The Rangers wish to hide the fact from Kit, who is loved by everyone, and they decide to adopt him as one of their own.

The Little Ranger lives his adventures in the wilderness facing outlaws, savage Indians but also reptiles, extraterrestrials and medieval warriors who have arrived somehow in the new world.  But at the end of each adventure, the young Ranger finds his friends in the reassuring walls of the Rangers fort.  Among his friends are his girlfriend Claretta Morning, the mother of Claretta, Morning Rose, the drunkard Brandy Jim, the cook and washerman Chinese Chin Lao, the gruff commander of the fort, and the unpleasant and spiteful Toothy Bill. 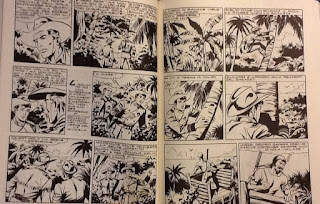 This Italian western comic book was created by writer Andrea Lavezzolo in tandem with illustrator Francesco Gamba. It was published by the publishing house Audace , today it’s published by Sergio Bonelli Editore . The first issue of the Little Ranger was released on June 15 1958 and ends in February 1985 with issue #255. In May 1992 a special album of 148 pages entitled The Return of the Rangers was released and in February 2012, the Little Ranger is reprinted and edition can be found at newsstands. 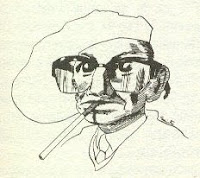 Andrea Lavezzolo was born in Paris, France on December 12, 1905. He was an Italian journalist, writer and cartoonist.

He is remembered for being the creator of many characters and stories for comics, among others, by cartoonist as Edgardo Dell'Acqua, Carlo Cossio, Andrea Bresciani, Pietro and Francesco Gamba. EsseGesse of John Sinchetto.

In particular, he was the creator in 1950 of Kinowa and, in 1958, a popular western comic strip , the Little Ranger , whose stories were then carried out since the 1970s by Lina Buffolente.

He received several awards and prizes in competitions for comic book authors and was honorary president of the National Association Friends cartoon.

Specializing in adventure stories, he became known as to challenge himself in the segment of comic drawing and creating characters as Fildiferro Scaraffone, Cucu, Biribi, Wimpy and Poldino. 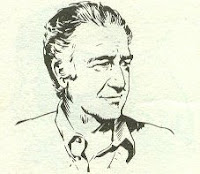 Francesco Gamba was born in La Spezia, Italy on October 15, 1926 – Milan and was an Italian cartoonist.

A cousin of Pietro Gamba, who was also a draftsman, he began his career in 1947 with Edizioni Alpe drawing among others Rocket Bill. In 1949 draws Yorga for the publisher Casarotti, written by Gianluigi Bonelli and designed initially by Antonio Canal.

From 1950 to 1956 he draws some episodes of Pecos Bill by Arnoldo Mondadori Editore, character created by Guido Martina.

In 1956 he began his long collaboration with Sergio Bonelli Editore , alongside Aurelio Galleppini in making Tex. In the same year Terry with lyrics by Gian Luigi Bonelli, while in 1957 Yado (still with texts by Bonelli) and Rocky Star written by Andrea Lavezzolo. In 1958, again with texts by Lavezzolo, he co-created the character of The Little Ranger. Again for Bonelli  he draws various episodes of Zagor, and Cico from number 6 of 1990, and episodes of River Bill, based on texts by Guido Nolitta and Mauro Boselli, published in the series All West. In 2006, during the celebration for the fortieth anniversary of Commander Mark of EsseGesse, he illustrates the story Commerci pericolosi with texts by David Rigamonti published by Mark number 52, published by Editions IF.