We continue our search for locations for “The Gatling Gun”. Tarpas arrives at Ryckert’s with Martha Simpson and tells him to make some new plans. He tell Ryckert he’s been discovered and when he asks by who Martha refuses to answer so Ryckert tells Tarpas to kill her. When Tarpas refuses Ryckert asks her again and she tells him Jeremiah Grant. Ryckert then stabs her. Dying in front of Tarpas he reacts by pulling his own knife and looks at Ryckert. Ryckert tells him he won’t be able to get rid of the diamonds without him and would always be a halfbreed. Tarpas attacks Ryckert hitting him several times before the scene ends.

This scene was filmed on a soundstage at Elios Studios in Rome, Italy. 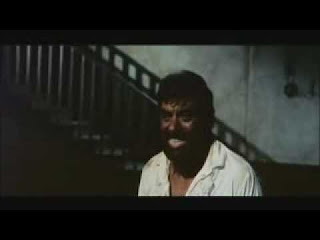