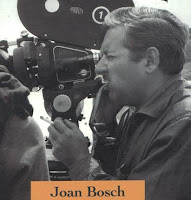 Spanish director, screenwriter, production manager and actor Juan Bosch died in Barcelona, Spain on November 17th. Born Juan Bosch Palau on May 31, 1925 he was known to most Spaghetti western fans under the pseudonym John Wood he directed eight Euro-westerns with some of the greatest titles in film history, including Stagecoach of the Condemned 1970, The Buzzards and Crows Will Dig Your Grave, Dig Your Grave Friend... Sabata’s Coming both 1971, God in Heaven, Arizona on Earth – 1972 and Dallas 1974.
Posted by Tom B. at 8:39 AM