Who Are Those Guys? - Jim Brady 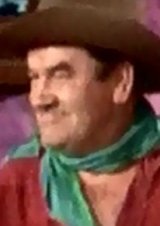 James ‘Jim’ Brady was a former U.K. wrestler who became a character actor and extra in British films. His first appearance seems to be as a dancing man in 1947’s “Holiday Camp”. IMDb has him listed as appearing in 67 films and television appearances. His last being in an episode of ‘The Return of the Saint’ in 1978 called One Black September as an elderly gent in the airport lounge.

Several British fans have discovered that his real name may have been George Clifford Watkin and that he was born on May 13, 1907 in England or Scotland.  They are continuing their research to confirm his birth, death and place of birth.