Who Are Those Gals? - Michelle Bradshaw 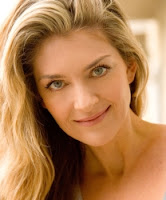 Michelle Bradshaw was born in Beckenham, Kent, England on August 24, 1970. Bradshaw is a South African actress, voice artist, DJ and presenter best known for her role as Lindsay Barnes, the no-nonsense Head of Housekeeping at Dinaledi Lodge, in the M-Net soap opera The Wild, from 2011-2013.

She lived in the Bahamas before moving to South Africa at the age of eight. She has been living in Johannesburg ever since.

When she's not acting, Michelle works as a voice-over artist, recording for clients worldwide. Amongst others, she has been the brand voice for Stuttafords and LG and the station voice for Jacaranda FM for many years.

A graduate of Pretoria Technikon she holds a diploma in N Dip Drama, as well as a licentiate from the Trinity College of London. Michelle also spent time in Los Angeles, refining her craft by studying with some of Hollywood's best-known acting coaches.

Michelle appeared in ‘Crusoe’ on NBC, ‘Generations’, ‘Isidingo’, ‘Angel's Song’, ‘isiBaya’ as well as several films and travel shows. She has also been seen in countless commercials and corporate videos.

She also played the role of Judy in the popular BBC comedy series ‘Beaver Falls’, which was broadcast in the UK in early 2013.

Her theatre credits include Mark Ravenhill's “Sleeping Around” and Steven Berkoff's “The Trial”, performed at the Grahamstown Festival. One of Michelle's theatrical highlights was working alongside Pieter Dirk Uys in his fabulous and ever-relevant pieces “Same Old Story” and “Selle Ou Story”.