Who Are Those Guys? ~ Calisto Calisti 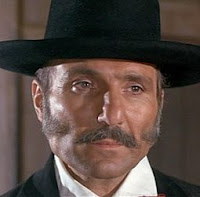 Calisto Calisti was born on August 6, 1934 in Macerata, Marche, Italy and is another of the unheralded and seldom written about Italian character actors of the Golden Age of Italian cinema. His firstcredited appearance was in the 1959 Italian TV series ‘Ottocento’. From there he would go on to appear in over 60 films and TV appearances until his last credited appearance in “Macho Killers” in 1977.

For whatever reason he stopped acting in 1977 and I have found no record of him since.