The character of Buffalo Bill is proposed by Luigi Grecchi Corrado Zucca, then director of the intrepid, since at that time happens to be looking on the market two western characters that went very well, Tex and The Little Sheriff. So, in '51 Buffalo Bill, which has some similarities to the real person, the physical appearance and the nickname even if the historical figure illustrates two effe in the name Buffalo. He will explain later Grecchi, who decided the proper diction to the English terminology Italian little used in everyday language of that time.

The stories are intertwined with love affairs, touching family problems between parents and children, and religious problems between feuding families are much more similar to rural Italy that the western border, also the characters and the same Buffalo Bill live brackets dedicated to love, essential component to attract a female audience.

In the work of Carlo Cossio we find an artistic quality of all respect even if the historical and environmental documentation is sadly lacking. The subjects are full of naivety, without a precise location to the historical period, full of too didactic texts that have imposed a forced realization of cartoons and peppered with a constant presence of children seeking morbidly tears at the end of episode.

The reader today is much more picky about the clothing of the characters, the Indian customs and characteristics of the weapons (those holsters imaginative that moved along the belt in the body-to-hand fights were too high for a gunman but us guys then liked a lot), to landscapes that are only distantly related to the true west, reflecting a much more padano environment where the canyons are more similar to the Apennines and the Alps. Moreover, even the other comics of the period were similar: the designers to make up for the lack documentation will do the best they could, (the same Aurelio Galleppini revealed that, to achieve the Tex environments, was inspired by the mountains of Trentino where he was going on vacation).

We must recognize that despite the flaws on the documentation, still remains a good example of western comics. 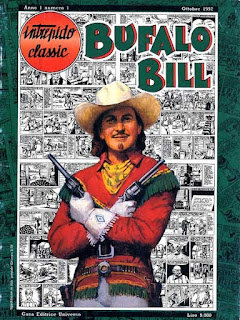 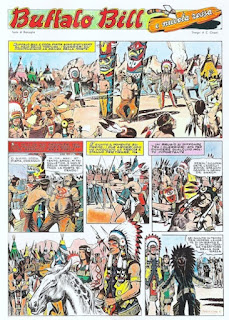