Premiere of Winnetou 1 at Starbesetzung 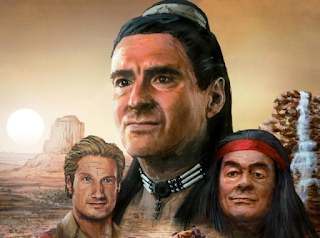 FREILICHTTHEATER ENGELBERG ⋅ For the first time, the adventures of Winnetou and Old Shatterhand will be shown this summer in Switzerland. On Thursday, the leaders on the Titlis presented the cast for the main roles.

After casting in Berlin and Engelberg and a comprehensive selection process, the production managers in Engelberg presented the complete cast for the production "Winnetou 1", which will take place in Engelberg on July 15, 2017 from the Freilichtbühne. The cast consists of a dozen well-known protagonists, of which the majority come from Germany. But there are also Swiss performers and more than 50 laureates from the theater-laden Central Switzerland. Most of the laymen were chosen at the casting in Engelberg in November.

Tom Volkers
Up until now, Winnetou had been played by the German actor Tom Volkers, who already played the role on four different stages and also appeared as a producer of the outdoor play in Engelberg. The film and theater actor Alejandra Cardona who lives in Zurich will play Winnetou's sister Nscho-chi and director Giso Weissbach as Klekih-petra are also well-known. 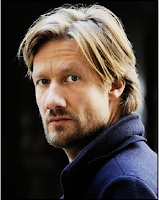 Christoph Kottenkamp
In addition to Winnetou, the most important role in Karl May's story, Old Shatterhand, will be played in Engelberg by Christoph Kottenkamp. He is known to the general public as a theater, and cinema actor and, above all, as a television actor in series such as "Forbidden Love" or "Coast Guard". Here, the native Hesse is known as Steffen Feldhusen from the ARD-Telenovela ‘Rote Rosen’, which is also broadcast on Swiss television. Cast as the villain Santer is a surprise at first sight. Sven Furrer is actually known as a comedian with the Duo Edelmais with René Rindlisbacher. But he loves the challenge of different characters, said the trained actor. Peter Volkert, who is responsible for the media, was given the tip by Peter Kuechler.

From Tell's floor to Indian arrows

In the region well-known by the Tellspiel in 2016 are Henning Marxen (Gessler) and Othmar Baggenstos (Werner von Attinghausen). Baggenstos, who recently also participated in the open-air games in Zermatt on the first ascent of the Matterhorn, reported himself to the producers. Winnetou is a myth like William Tell and like the Matterhorn. I wanted to be there," said the native Gersauer, who now lives in Wädenswil. And after a casting meeting with director Giso Weissbach was cleared, Baggenstos plays Marcy, one of the gangsters from the Santer gang. He is a amateur actor, he emphasizes. "This is the first time I have been playing with professionals. The pros are much less practiced. In the Laientheater, we start months in advance, and the rehearsals last only six weeks. I will be able to profit a lot. "Even colleague Henning Marxen, who was not present at the show, was immediately enthusiastic when he told him about it. Marxen also himself, plays Will Parker, one of the friends of Old Shatterhands friend Sam Hawkens.

In the performance of the actor, director Giso Weissbach once again emphasized that he would remain close to Karl May's original, and also mentioned the recent RTL-produced Winnetou trilogy. "I think Karl May would not have liked it; the myth of Winnetou does not live in the film at all." That was the name of Karl May. "Meanwhile, the rest of the preparations for Engelberg are going well. One is already about to produce the wooden parts for the Western town. "Western fans provide us with many props such as Indian tents," says Florian Niffeler of Western Open Air & Theater GmbH. As soon as the snow is gone, the terrain will be ready to be built and then the Western Town and the amphitheater can be built.
Posted by Tom B. at 6:52 AM