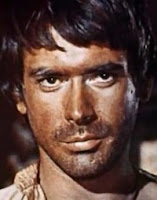 Tomás Milian (Tomás Quintin Rodriguez Milian) died at his Miami, Florida home on March 22nd. He was born on the 3rd of March 1933 in Cutono, Cuba near Havana. His father was Tomas Rodriguez, a general serving the dictatorship of Gerardo. After having problems in his childhood and having been the eyewitness of his father’s suicide, he decided in 1955 to leave Cuba to become an actor in America. Arriving in Miami, he began a score of small jobs (dishwasher, valet attendant, etc),which might have proved good inspiration for his latter working class heroes and ever-changing, on-screen personas. After spending a few months in the Navy, to get his American citizenship, he passed an audition at Elia Kazan's Actor's Studio, where he was taught the seminal "Stanislavskij method" of acting. He acted in a Broadway piece that had been written just for him, Maidens and Mistresses and At Home at the Zoo by Meade Roberts. He then wanted to play bigger roles so he left the U.S.A. to go to Italy. Soon he worked with Italian arthouse film-directors and played in several Italian productions. His first big roles in Spaghetti Westerns were in Sergio Sollima's “The Big Gundown” (1967) and in Giulio Questi's infamous “Django Kill!” (1967). After the Spaghetti Western era, his career slowed down. He moved back to America, where he pursued a low-key career as a character actor. You can see him in Stephen Soderberghs's “Traffic” (2001) and Oliver Stone's “JFK” (1991). Having an amazing, more than thirty year-long acting career, there seemed to be no end to the talents of this Cuban chameleon.
Posted by Tom B. at 10:39 AM