Roberto Camardiel, the best actor this side of the Ebro


It is 100 years since the birth of the Aragonese artist whose filmography includes, among others, some of the most important titles of the spaghetti western genre. 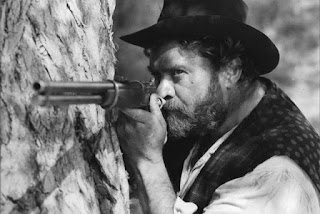 Aragón is a land of illustrious filmmakers who have marked the history of the seventh art inside and outside Spain. And even though the passage of time has covered those film lives with dust, the memory of the spectators who saw some of their films always managed to sweep away that forgetfulness.

One of the most important Aragonese figures in the history of Spanish cinema is actor and theater director Roberto Camardiel, who is commemorated this year on the centenary of his birth, and who was a native of the town of Zaragoza Alagón, where he came to the world on November 29, 1917.

To preserve his memory, his family will give away about 300 photographs of his films as well as other personal objects of the actor to the Alagón Town Hall, which already has in its auditorium a permanent space dedicated to the artist in which various graphic material (heatrical posters, film pictures, cinema posters etc.).

"He is an actor so important in Aragon and Aragon is little touted and unknown to the general public; Although he was a humble person and seldom appeared in social life, although he was very busy as can be deduced from his immense work, "laments Roberto Gutiérrez, grand-nephew of Camardiel, who is currently working on recovery and elaboration of a biography about the actor. 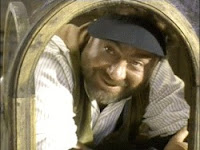 The Aragonese artist was, during more than 3 decades, one of the essential faces of national and international cinema. He shared posters with actors such as Jean Paul Belmondo and Zsa Zsa Gabor, participated in international co-productions such as “For a Few Dollars More” and  “The Colossus of Rhodes” - both directed by Sergio Leone -, 'A Escape Libre' or 'La Condesa Azul ', among other.

He worked in many Italian productions for over 11 years, some of them shot in Cinecittà Studios, and for a time he actually settled in Rome. Some of the Spaghetti westerns he worked on were 'The Falcon and the Prey', “Adiós, gringo”, “The Son of Jesse James”, “Arizona Colt” and “A Train for Durango”.

He also starred in films with Miguel Ríos, Marisol, Joselito, and Rocío Dúrcal, and participated in such well-known television series as ‘Curro Jiménez’, ‘Verano Azul’ and ‘Goya’, in which he played the master Luzán, His last appearance before the cameras.

As a child, the family of Roberto Camardiel was forced to move to Zaragoza in order to find work and union pressures suffered by his father, Blas Camardiel Díaz, chief engineer of the sugar mill Nuestra Senora de las Mercedes de Alagón, to defend the rights from the workers.

His mother, Asunción Escudero Saldaña, his sister Mercedes, his father and he settled in the Aragonese capital, fixing his residence in the old Plaza del Carbón (today Plaza de Salamero).

At the age of 14, after leaving school, he began working as an apprentice in the Portabella printing press, although he soon changed his job and became a postal and telegraph courier. He began to take an interest in the theater, inspired by his sister Mercedes, who then acted as a choir girl in the company of Zarzuela of the parents of Plácido Domingo. 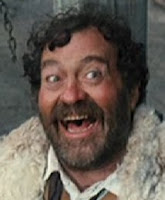 Jump to the cinema

When he became of age he was introduced to the theater through the company Hersal representing the works of Jacinth Benavente, mainly. During that stage he met the actor Ismael Merlo, with whom he made a great friendship.

At the age of 24, Camardiel began playing leading roles in theatrical comedies in the most important national companies, until in 1952 he made his film debut with his first film ' “Persecución en Madrid”. From that moment, his career took off in an unstoppable way.

In 1962, the Círculo de Escritores Cinematográficos awarded him the Medal for Best Actor for his performance in “Ensayo general para la muerte” and two years later he received the National Prize for Best Male Performance for his roles in Isidro Labrador, Rafael J. Salviá, and in “Piedra de toque”, by Julio Buchs.

Roberto Camardiel retired in 1983, after half a century on the scene, and moved his residence from Madrid to Zaragoza, where he went to live with his sister Mercedes and, although he interrupted his retirement two years later to collaborate in the series 'Goya', he never acted again. During his last years, he frequently visited old friends of the city, like Jose Otal, Ignacio Moreno, Maria José Cabrera or Conchita Carrillo, among others.
The actor died within a few months of being diagnosed with a serious bone disease, on June 15, 1989, at the Miguel Servet Hospital in Zaragoza.

In 2007, on the proposal of the Association of Residents of Kasan of the District of Acturr, the City of Zaragoza named a public park after him which is located next to the building Kasan, a place where he had lived since leaving Madrid.