We continue our search for the filming locations for “Bullets Don’t Argue”. Pat Garrett and the Clanton brothers stop because of George’s wounded shoulder. Pat removes the bullet and cauterizes the wound with a heated knife. Billy admits to killing the two bankers back in Rivertown during the robbery. They resume their journey until making camp for the night. Billy tries to bribe Pat with a third of the bank robbery money but Pat says he could shoot the two outlaws and take it all, if he had a mind to. 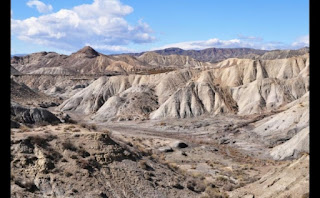 The desert scene was filmed at Pechina Sierra Alhamilla where other Spaghetti westerns like “Texas, Adios”, “A Train for Durango”, “The Mercenary” and The Savage Guns” were also filmed. 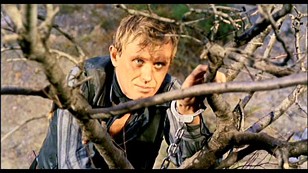