We continue our search for the filming locations for “Bullets Don’t Argue”. Pat refuses the deal Billy offers to split the $30,000 from the bank robbery and the three men lay down to get some sleep. Santero watches them from a nearby hill and once he determines the men are asleep sends two of his compadres to murder Garrett and get the money. Billy stirs and spots the two henchmen sneaking up the hill and alerts Garrett just in time and he shoots and kills the two bandidos. Santero pulls back and awaits a better time and place to attack. 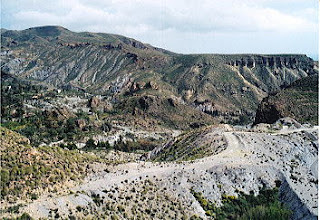 This scene was filmed in the Sierra Alhamilla, Spain. 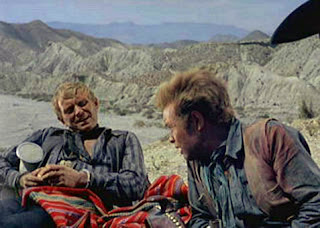