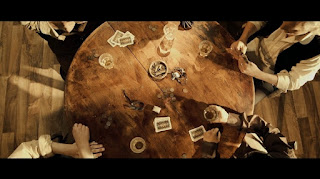 They didn't call it the 'wild west' for nothing. A hand of poker, a bottle of cheap whiskey and life is sweet enough. But all the fun is over when Calvin Sharp and his gang roll into town looking for a particular man.