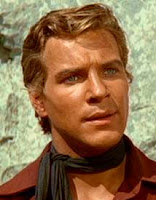 One of Germany’s biggest action stars Götz George died unexpectedly on June 19 in Hamburg, Germany. He was 77. Götz had already been buried in Hamburg according to his agent when the news of his death was released to the press on June 26th. The place and cause of death has not been divulged. Born Götz Schulz in Berlin on July 23, 1938, George was best known for his 32 appearances as Kommissar Horst Schimanski on the German TV series Tatort. He was the son of the famous actor Heinrich George and his wife, the actress Berta Drews and the brother of actor Jan George. He appeared in over 130 films since 1953 among which were six Euro-westerns: The Treasure of Silver Lake – 1962 (Fred Engel), Frontier Hellcat - 1964 (Martin Baumann Jr.), The Man Called Gringo – 1965 (Sheriff Mace Carson),The Half-Breed - 1966 (Jeff Brown), Auf den Spuren Winnetous – 2004 [himself] and the upcoming TV Winnetou Trilogy 2016.