Manolo Bolognini vs Franco Nero: "Only I can redo Django" 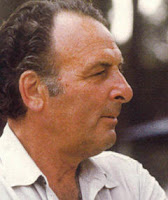 "I did not authorize any of Django" in regards to a sequel is what Manolo Bolognini said. The manufactured creation Sergio Corbucci of the film creator Django and sole owner of the rights, was referring to the news release a few days ago by Ansa, announcing the preparation in Mexico of a sequel film with Franco Nero and directed by John Sayles.

"On the occasion of the 50th anniversary of the birth of Django - Manolo Bolognini announced - I'm producing along with Easy Cinema, the only official sequel to the historical film, directed by Ruggero Deodato who was the assistant director of Sergio Corbucci and it is somehow the official heir. To be more precise, it is not a sequel, but a prequel which tells of the birth of the Django myth and in which the protagonists are young. He will film, concludes producer, in Italy, as required by the spaghetti western tradition, between Lazio Basilicata and Puglia. Soon we will notify you via a press conference with the full cast, and then start of filming. "
Posted by Tom B. at 5:35 AM