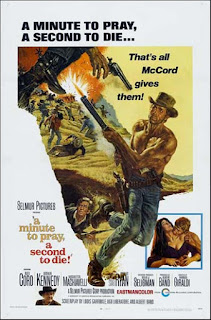 Most of us have seen “A Minute to Pray a Second to Die” starring Alex Cord at least once but did you know there is a version with an alternate ending? The film most of us have seen is Clay McCord riding along the trail into the sunset after he has received his pardon from Governor Lem Carter. The picture fades and the credits roll by.

Well there is also an alternative ending that is shown periodically that has a bleaker ending. As he rides along the trail he is ambushed and shot several times by two bounty hunters who have a dead or alive wanted poster on Clay McCord. The two men load Clay’s corpse onto his horse and trot into Tuscosa to collect their bounty money. When they arrive they are informed by Governor Carter that McCord was granted a pardon earlier and there is no bounty on his head to collect.

The joke is on the unsavory hunters who disgustedly ride away. 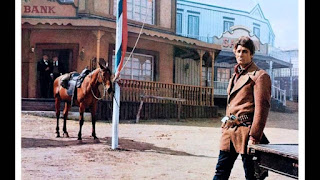