Unseen footage from The Good, the Bad, and the Ugly: PART 3

Spring 1969: Sergio Leone decides to ask for a censorship reduction from 18 years to 14 years. In order to get this review by the censors, he personally reduced the edition, eliminating ten scenes and/or shots. We will not question here his choices, but we have to refer again to the fateful “reel eleven”, where according to the existing documents, the frames depicting excessive violence between the Bad and the Ugly have been cut. 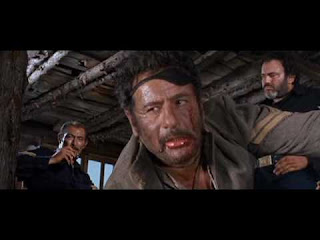 This edition, about 12 minutes shorter than the original one, is the one as seen, also on TV, for the last 30 years. Certainly we are talking about an “author’s variation”, which however has not been taken to the extreme consequences, as in fact these scenes have not been cancelled on the negatives. This is the reason why they have been restored and kept in the copy in the Cineteca edition.

Based on this and with the permission of the heirs, we have obtained from the original “2p” negative a positive duplicate in 35 mm scope standard. From this, a duplicate negative was then produced and on this negative, with great care the cuts have been made corresponding to the 3.363 frames eliminated by Leone in 1966.

The soundtrack has been digitally cleaned and remastered (without changing the original mono morphology), and was then cut according to the short cuts made in the movie and re- synchronized: this job was carried out by the cinephonic department in the Cinecittà Servizi laboratories.

From this new negative duplicate of the movie and the soundtrack, it was then possible with subsequent and progressive corrections made under the supervision of Tonino Delli Colli, to produce new copies for the projections, thus reconstructing the film (which now lasts 175’50”) as edited and “lightened” by Sergio Leone himself in 1966.

The unseen footage: the philology, the history, the legend

Uncertainty, fragmentariness, reticence, disappearing of the primary documental sources make the restoration job extremely difficult; even more difficult is the research and possible restoration of unseen footage and/or variations.

In our case, one source used is the monographic issue of Bianco & Nero “L’antiwestern e il caso Leone” by Franco Ferrini (9-10 September/October 1971) which on pages 43 and 44 describes 6 scenes present in Leone’s “personal copy” but not included in the commercial version.

Which commercial version he is referring to is not said, but presumably it is the “revised” one dated 1969, since all these scenes are present in the copy kept by the Cineteca and also in the negatives utilized for the restoration. 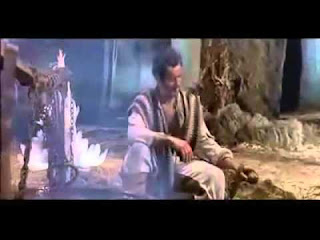 On the other hand, Oreste De Fornari in his book “Tutti i film di Sergio Leone” (Ubulibri, Milano, 1984) on page 71 mentions two scenes “not included in the Italian commercial release”:
1. After the theft in the gun shop, Tuco hires 3 guys to kill Blondie.
2. Tuco, searching for Blondie, arrives to a small village close to the Mexican border, where the confederates try to enlist the poor peones. Moved to pity, Tuco passes the hat. He enters a saloon and finds out that Blondie is upstairs in bed with a woman. Blondie manages to escape in an incredible way and in the process, takes with him all the money collected by Tuco. 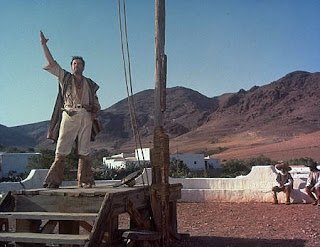 Now, while all the scenes mentioned by Ferrini - as said already – have been not only included in the Cineteca copy, but also in the original negative and in the duplicates produced from it, the two scenes mentioned by De Fornari were nowhere to be found.

Moreover De Fornari in the same book refers to a “re-edition in 1983” in which some scenes cut in 1969 (different from the ones he mentioned) have been included again. Neither Alberto Grimaldi Productions nor the Leone family has any recollection of such 1983 re-edition of the movie.

The scenes mentioned by both De Fornari and Ferrini are mentioned again, with additional details, by Christopher Frayling on page 268-269 in his “Spaghetti Western. Cowboys and Europeans from Karl May to Sergio Leone” (I.B. Tauris, London-New York, new edition 1998), where he further mentions that all these 8 scenes have been cut by Leone himself before the Italian copy was prepared; but as we have seen, this is correct for the scenes mentioned by De Fornari but not for the ones mentioned by Ferrini.

During the restoration, we found one of the two scenes mentioned by De Fornari, i.e. the first one, about 2 minutes long. Up to now, there is no trace of the second one, which according to some collaborators who have reportedly seen it during editing and during some technical screenings before the release, is about 5 minutes long.

From our side, we have selected to preserve the scene we have found without including it in the restored version.

We think it is right to close this chapter by thanking all those who have been collaborating with the Cineteca Nazionale and made this job possible. We would like to add the name of Enzo Ocone: he was just a 20 years old assistant (and witness) at the time of the post-production of the original release of the movie and today he is a well-respected curator of dozens of movies circulating in our country; a precious companion on the road to this restoration.

APPENDIX – Comparative summary of the elements and data

Element: positive copy of the Cineteca Nazionale (9 parts) Length: 4.832,80 meters
Duration: 176’39”
Frames: 251.305
Source of information: material examination at the laboratory (19th July 2000)
Notes: contains both the frames and the sequences corresponding to the 3.363 frames eliminated in 1966 as well as the 346,2 meters cut in 1969. The measurement has been taken on the sole scene, including the opening and closing credits, excluding the tails and 6 meters of the two signs “end of first half” and “second half” which are present in this copy but absent in all the others.
Despite containing all the scenes present in the negatives, including those substituted by transparent frames, this copy is slightly shorter due to some occasional loss of some frames and ruptures which occurred during the sporadic screenings of the movie over the past 30 years.

Element: original negative scene 2p (18 reels)
Length: about 2.500 meters, corresponding to approximately half of the 35 mm standard Frames: 252.216
Source of information: material examination at the laboratory (8th February 2000)
Notes: 3.363 frames, equal to 64,67 meters or 2’22”, have been substituted by transparent frames (black on the positive copies) because of the cuts made by Leone in 1966 only on the scenes, not on the corresponding soundtrack.
The length in meters cannot be compared exactly to the one of the 35 mm standard duplicates, due to the presence in the editing of the negative of compensation frames in correspondence to the breaks and the fade-outs: the number of frames indicated corresponds to those of the scene.

Element: original negative italian track standard 35 mm (18 reels)
Length: 4.860,80 meters
Duration: 177’27”
Source of information: material examination at the laboratory (8th February 2000)
Notes: can be perfectly synchronized with the negative edition and with the positive and negative duplicates, including the transparent and black frames and including the opening and closing credits, soundtracks.

Element: duplicate negative 1996 – from positive duplicate 1996 (18 reels) Length: 4.860,80 meters
Duration: 177’27”
Frames: 252.762
Source of information: material examination at the laboratory (8th February 2000)
Notes: 3.363 frames, equal to 64,67 meters or 2’22” have been substituted by transparent frames (black on the positive copies) due to the cuts by Leone in 1966. The measurement has been taken by adding to the length of the duplicate (4.728,80 meters) the opening credits (77 meters) and the closing credits (55 meters).
The slight difference in the number of frames compared to the original negative is due to the fact that the measurement and comparison mechanisms of elements of different formats are not perfect; in reality however the two elements coincide perfectly.
The positive duplicate from which this element is taken was in turn coming from the original negative: it is since 1996 in the possession of MGM (Los Angeles / London)

Element: 1 test copy from duplicate negative 1996 and negative of original soundtrack Length: 4.875,50 meters
Duration: 178’12”
Frames: 253.526
Source of information: material examination at the laboratory (19th July 2000)
Notes: 3.363 frames, equal to 64,67 meters or 2’22” have been substituted by black tail (on the positive copy) due to the cuts by Leone in 1966. However, in correspondence to the black tail, the soundtrack is intact.
The slight difference of 15 meters compared to the duplicate from which the copy is taken, is due to accidental and minimal roundings when measuring the 19 reels of the film: a difference of less than 1 meter per reel is a technical variable which is tolerated when measuring the length of movies.

Element: collection of cuts 1969 at Cineteca Nazionale (positive sound, color, 35 mm) Length: 346,20meters
Duration: 12’40”
Source of information: material examination at the laboratory (28th November 1998 and 8th Febr. 2000)
Notes: the documents of the Revision Office show cuts of 540 meters and lists the scenes, which correspond to those kept at the Archives of the Cineteca, the real length of which however is 200 meters shorter.
(Translated by L.Beeler, April 2015)

I will be posting more snippets of footage etc...stay tuned...and please link to this blog if you want to share the information, hits are what keep this blog going. Thanks!