The Shadow of a Western 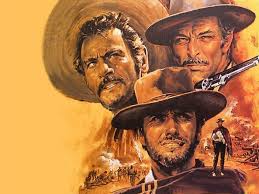 They say it was a trip made by Sergio ​​Leone, between Soria and Burgos, where he made the selection of Peña Carazo, very close to the provincial border, as location for the best western not shot in America.

While in the U.S. John Ford was putting on the finishing touches to the golden age of classic Western with The Man Who Shot Liberty Valance (1963), across the Atlantic emerged a genre called spaghetti westerns which would give a new twist to the recent history of the creation of America.

In Medinaceli Leone also shot a film starring Rod Steiger and James Coburn. Castroviejo saw, a decade before, the filming of westerns by Joaquin Romero Marchent.

One of the key names of this new genre emerged in Italy was Sergio Leone. The Italian director had succeeded in revitalizing the western thanks to a great deal of action and a new way of shooting, the discovery of a hitherto unknown actor named Clint Eastwood and the unmistakable music of his classmate composer Ennio Morricone.

In 1965 Leone had reaped great success with his previous two films (A Fistful of Dollars, 1964, For a Few Dollars More, 1965) filmed between Almeria and Colmenar Viejo.  For his third foray into the western, the Italian director had a higher budget and US capital.  His favorite actor Clint Eastwood had become an idol of the masses and his cache had risen to $ 250,000, the total budget for the first Roman western.

The film, set in the American Civil War, tells the story of three gunmen who cross each other’s path in search of a booty of $200,000.

In early 1966, a team of American and Italian filmmakers led by director Leone came to the Valley of Arlanza in Burgos with the intention of making it the scene of his next western and thus close the trilogy begun two years earlier with A Fistful of Dollars.

Much has been written about the decision that led Leone rolling in Burgos, but the real blame for this fortunate history was the Catalan producer Juan Antonio Pérez Giner and the film The Castilian (1962), directed by Xavier Setó.

Pérez Giner, who worked as production manager on the film Setó shot in 1962 in the vicinity of Carazo, Covarrubias and the Monastery of San Pedro de Arlanza, was the one who advised the Leone team to move the shoot to the valley of Arlanza with landscapes looking very similar to the lands of the most distant New Mexico and Virginia.

During the first months the sets that Carlo Leva designed for the film were built. Military barracks in San Marcial de Burgos and some masons and workers in the area were the architects were setting up the Langstone bridge, the concentration camp Betterville and the circular Sad Hill Cemetery designed by Carlo Leva.

The salense Nicholas Tapia was responsible for locating several of the sites and worked under Carlo Leva as an assistant art director. Tapia who at that time had no more than twenty years’ experience became the right hand of Carlo Leva and one of the most important pillars of the production team.

Four sites were chosen for the filming of the new Italian western.  The interiors of the Mission of San Antonio were shot in the Monastery of San Pedro de Arlanza.  This place is located in the town of Hortigüela and became the Franciscan military hospital where Tuco (Eli Wallach) goes to heal the wounds of Rubio (Clint Eastwood).

Peña de Carazo was the place chosen to build the concentration camp of Betterville.  A strong 14,000 square meters with military barracks and a stockade with watchtowers built with pine and wood in the area.  Today you can still see remains of the entrance bridge and the moats surrounding the camp rolling near the river Arlanza.

To build this fort, the set designer Carlo Leva was inspired by the Southern prison camp Andersonville located in Georgia, a place particularly so sinister in that during its 14 months of existence, between 1864 and 1865, more than 45,000 Union soldiers were confined and almost 13,000 died from disease, poor hygiene, overcrowding and exposure to extreme weather conditions.

One of the most moving scenes of the film, one in which a group of prisoners sing a sad tune as in one of the barracks (Lee Van Cleef) has Tuco beaten up, was shot in the concentration camp just two kilometers from the small town of Carazo.

Well remembered is that sequence by Domingo Contreras, the current pastor of the Church of Our Lady of Fatima in Burgos, who worked as an extra playing harmonica with the rest of the band of prisoners. Contreras auditioned because they were seeking people who could play an instrument and were hard pressed for extras, he recalls. His excellent performance in the role made them chose him for extreme close up in the film.

Another memorable sequence of the film was the battle of Lagnstone Bridge, shot near the Monastery of San Pedro and turned the Arlanza river into the very river Rio Grande. In this place a bridge over 100 meters long was built, tens of poplars, pines and oaks were cut and a small dam was built to hold back the river. On each side of the Arlanza the trenches of the two opposing armies were dug for the battle.

The budget of 1.3 million, and which had involved United Artist, Leone allowed to collect a series of live weapons from the Army Museum in Madrid, today moved to Toledo, as field guns, rifles Whitworth pistols which endowed the scene more realistic.

In the filming of the battle over 1,500 extras participated between the Burgos Army military and residents of the area. One of the best known anecdotes about the filming of The Good, the Bad and the Ugly took place in this scenario. "The bridge was to be blown up by Rubio and Tuco exploded before the cameras were recording," says Abilio Abad, who worked as an extra in the film. Leone commissioned the detonation of the bridge to an army captain, but a problem of communication between the cameramen and the explosion was not picked up by the cameras.  "Sergio was enraged and the captain had no choice but to commit to build a new bridge," Abad added. The military built the new bridge in a week and Leone could finish the battle sequence.

The slopes of the Peña de Carazo witnessed the triello, featuring three of most famous actors in the history of cinema. In a valley called Mirandilla, the army barracks San Marcial, accompanied by some residents of Santo Domingo de Silos, Covarrubias and Contreras, they dug more than 6,000 graves in order to build Sad Hill Cemetery. A circular cemetery more than 300 meters in diameter and in which three gunmen vie for the $200,000 buried in one of the tombs.

Today, nearly fifty years later, one can still see the concentric circles that formed this film. The cemetery has become a place of pilgrimage for moviegoers around the world. Lauro Gonzalez, resident of the village of Covarrubias, was commissioned to bring the crosses and props used in Sad Hill. "The crosses for the cemetery were brought to Burgos in a borrowed van," he says.

This neighbor of Covarrubias still nostalgically remembers those days when the villa became home to technicians and artists. The Arlanza hotel, then run by Victor Barbadillo, was the place chosen by the actors to stay and according to Gonzalez, "It was not difficult to see and live with actors and technicians in the streets of the town, sharing a glass of wine with Lee Van Cleef in any of bars or play a game of pool with Clint Eastwood."

It has been almost 50 years since the filming of this magnificent western that turned the Burgos into a makeshift film set but the treasure buried in Leone’s Sad Hill still shines in the memory of those who participated in it. 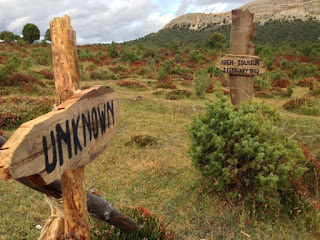