Unseen footage from The Good, the Bad, and the Ugly: PART 1

First of all, I want to say that this project is a labor of love and not for profit. The new footage presented on this blog is for research and education purposes only. No copyright violation is intended, my partners and I simply want to share this remarkable discovery with Leone fans around the world.

1n 1967, the film was recut and shortened by approximately 15 minutes into an "International cut" and released worldwide. Each country made further cuts based on their individual censorship laws, except for the U.S. and Canada, which released the international cut in its full length.

In 2014, MGM released on home video a 4K restoration, sourced from the original camera negative, of the most complete version (to date) of The Good, The Bad, and the Ugly. This cut combines almost all known elements from both versions (the international cut has unique footage not found in the Italian releases).

However, despite the overall quality of the release, there was controversy amongst fans of the film over the greenish/yellow toned color correction the Italian restoration team chose to apply.

Since L'Immagine Retrovatta / Cineteca di Bologna went back to the camera negative, they were forced to "re-time/re-color" the entire film, supposedly using a vintage print as reference. Two years later, having personally seen scans of 5 different vintage 1966/1967 prints from Italy/ Canada/U.S.A/ and Germany, I can say without a doubt they went too far with the yellow/green tone and it does not reflect the original colour correction of the film as released in 1966/1967. 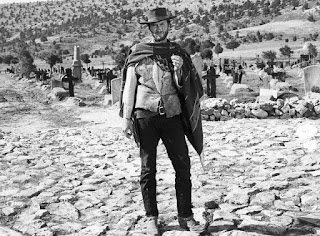 In 2014 a private collector purchased and shipped an original 35mm print from Italy in order to examine the color as a means of using it as a reference to personally color correct the new MGM 4k master and create a "fan version" of the film. A few of us partnered up to work on this project, bringing together both financial resources and individual skills. Scanning a 35mm print at 4k is a costly venture, with many technical hurdles. Doing the due diligence and research is also a time consuming process, which has taken the better part of 2 years.

Once the print was scanned, it was discovered to be a one of a kind treasure, with new footage and differences not present in ANY home video release (worldwide).

Multiple sources were checked against the print, 8mm films released in the 70's, multiple vhs and pal copies from around the world dating all the way back to the early 80's. The new footage from this particular print simply doesn't exist anywhere else, even on other vintage 35mm Italian prints (more on that later).

The differences discovered so far on a preliminary examination are as follows:

1. Extra footage (3 new close-up shots) in the early scene where Angel Eyes visits the farmer
2. A fragment of a scripted deleted scene at the end of a reel
3. The complete beating scene (including portions that were damaged on the print MGM used as
their reference and included as a bonus feature on DVD and BLU)
4. Various music cue and sound effect differences.
5. Longer character titles in the final scene.

Here is a comparison scan of the unique footage found in the early scene where Angel eyes visits the farmer.  This is the first time this has been shared publicly. The color correction on the new footage is only an approximation of the original color, the print is 50 years old and is literally covered in grime and dirt. Some preliminary digital cleanup has been applied to remove dust and scratches.

We firmly believe this is the last surviving print with these unique differences. This print was in really rough shape and destined to be lost to history, it's pure chance it survived and has ended up in the right hands.

So, as referenced above, how can we possibly know what the Italians have in their vaults?

In 2000, they released ALL of the information we needed, detailing every print in their possession. I'll let the authors of the book which specifically references the 2000 restoration of the film explain further (Many thanks to Leonardo Beeler for the translation), needless to say, there's no reference to the unique differences found in THIS print, other than the mention of the complete beating scene present on another print which MGM used as an extra on their recent home video releases: