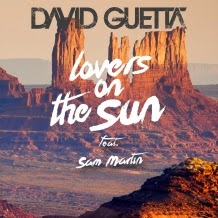 By Jeff Benjamin
June 30, 2014
David Guetta continues to show love for Spaghetti Western film scores with his latest banger "Lovers on the Sun." While his Skylar Grey collaboration "Shot Me Down" offered subtle guitar twang, this new track sounds like it could soundtrack a modern-day cowboy film.
Listen above for the joint—featuring up-and-coming Portland singer Sam Martin on vocals and co-production from Avicii—for all the signature sounds of Spaghetti Westerns. There's ominous whistles, twangy guitars and stirring strings that all get mixed with Guetta and Avicii's trademark pounding beats and racing electronica buildups. Martin sounds fantastic on the heavy-hitting track, confidently growling through the verses and letting his vocals shine on the belt-heavy chorus.
"Lovers on the Sun" is the last track to be revealed from Guetta's new EP of the same name, released today. The set features "Shot Me Down," the rebel anthem "Bad" and more.
Lovers on the Sun audio link: https://www.youtube.com/watch?v=_xeztTRkBlw
Posted by Tom B. at 5:33 AM