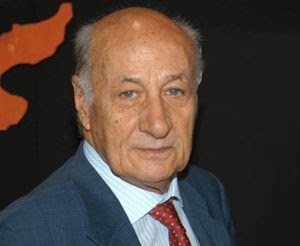 Augusto Caminito was born on July 1, 1939 in Naples, Campania, Italy. A producer, director he was best known to the fans of the Euro-western as a screenwriter. He co-wrote the scripts for eight Euro-westerns, including “Long Days of Revenge” (1966), “Death Rides Alone” and “The Ruthless Four” both in 1967 and “Brothers Blue” in 1971.

His career as a director began in 1984 with his collaboration with Lucio Fulci in “Murderock - Uccide a passo di danza”. He then produces the comedy “Troppo forte” for Carlo Verdone. For the next two years he worked with the Italian comedy, “Rimini, Rimini” an a year later “Com'è dura l'avventura”. In 1988 he has a new meeting with Lucio Fulci. Here he received a commission for “Quando Alice ruppe lo specchio” and “Il fantasma di Sodoma” and is also asked to supervise other Fulci horror movies that will be filmed by other directors.