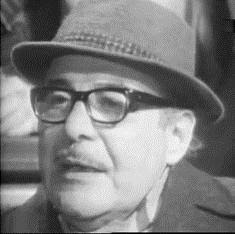 Luigi Capuano was born on July 13, 1904 in Naples, Campania, Italy. He attended the Air Force Academy, gaining his pilot's license, took part in the Italian Air Force during the Second World War, this experience will affect his future work as a screenwriter and director.

After the war he moved to Rome, where he began his work as a screenwriter and director, specializing in sentimental melodramas of the Neapolitan environment, subsequently he directed several genre films in peplum, swashbucklers and westerns which were often inspired by the subjects of the film's popular themes during this successful era of Italian films. He directed 43 films between 1947 and 1971 before the finish of his career.

Today we remember Luigi Capuano on what would have been his 110th birthday.