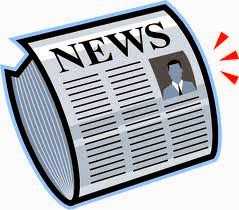 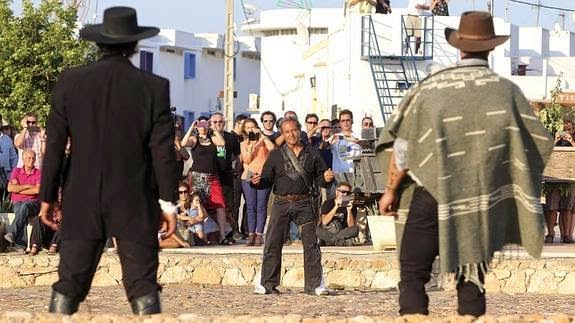 Sergio Leone died 25 years ago from heart failure, but he’s never died in the memory of Almeria and on Saturday he was given a spectacular tribute by 'Mad About Spaghetti Western'.

The Wild West would not be the same without the vision of Sergio Leone (Rome, 1929), an Italian who recreated it more than anyone else in the arid areas of the province of Almería. Here he shot the famous 'Dollar Trilogy' starring Clint Eastwood, “A Fistful of Dollars”, “For a Few Dollars More” and “The Good the bad and the Ugly”, and yesterday he was honored in the town of Nijar.

The event, in which more than 20 actors appeared, in the town of  'Los Albaricoques', Nijar, replaying scenes from “For a Few Dollars More”.

Horses, actors and Almeria Tabernas, villagers, whose grandparents and participated in the filming of the 1965 film, walked the streets of 'Los Albaricoques' dressed as they did 40 years ago as the famous cast members directed by Sergio Leone.

Looking tough as nails, with gunpowder and itchy trigger fingers they were seemingly devoid of morals and rough characters came once again to the lands of Nijar in the American 'La Frontera', as if no time had passed in the illustrious past landscapes used in Leone’s films.

One of the key moments of this representation, launched by the Cultural Association Cabo de Gata-Nijar in support of the City of Nijar, was the final duel in the Age between the Lee Van Cleef , Clint Eastwood and Gian Maria Volonté lookalikes.

This particular scene is one of the best examples of the style of Sergio Leone, one of the great masters of the 'spaghetti western' without which it would be impossible to understand the later career of actors like Clint Eastwood.
Posted by Tom B. at 7:23 AM