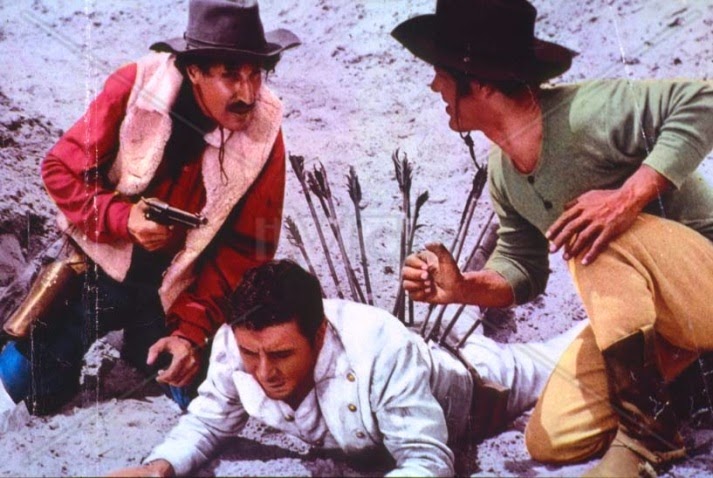 Franco, the only man in a village in Texas is drunk and forced to enlist by Ciccio, a Confederate Sergeant. Warned by a courier, the commander orders the release of the garrison. Franco, in charge of saddling a horse, he’s told by a talking horse named Cyrus, to warn the captain that the courier is a spy and that Northerners will be ambushed. Learning where the information came from, the commander has Franco jailed. The horse manages to free Franco and they run away while the garrison returns decimated. The commander sends Ciccio after Franco, convinced by the horse, joins the two. During their travels they meet Bill Carson who promises them $1,000 to report a message to a certain Evelyne that there is a treasure: $200,000. Cyrus knows the place where it is buried, and the two men go to retrieve it. After several adventures they are captured and tortured by Leather Jane, who is also in search of the treasure, the two reach the cemetery where the treasure is hidden and find the grave empty. Chased by bandits and Indians, they are saved once again by the horse.
YouTube film clip: https://www.youtube.com/watch?v=lbgdPp-Y3tE