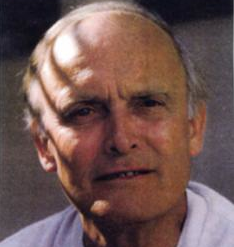 Ken Thorne has passed away at age 90. The British composer scored numerous features and television movies and shows over a career spanning more than four decades, including the sequels Superman II and Superman III directed by Richard Lester and starring Christopher Reeve. He received an Academy Award for his adaptation of Stephen Sondheim’s music for the 1966 film version of A Funny Thing Happened on the Way to the Forum. He also was honored with an Emmy Award nomination for the original song For a Love Like You from the 1995 TV drama A Season of Hope. In addition, he was Grammy-nominated alongside John Lennon, George Harrison and Paul McCartney for his score for 1965′s Help!. Thorne’s other feature credits include the 1976 comedy The Ritz and the 1967 war comedy How I Won the War starring Michael Crawford & John Lennon, both for Richard Lester, 1968′s Inspector Clouseau starring Alan Arkin, 1985′s The Protector starring Jackie Chan and 1984′s Lassiter starring Tom Selleck. His last major scoring credit was for the 2007 television movie Marco Polo. Ken composed the scores to two westerns “A Talent for Loving” (1969), “Hannie Caulder” (1970) and the TV western “Love Comes Softly” (2003).
Posted by Tom B. at 6:31 AM