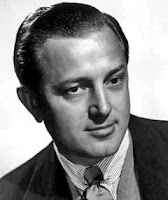 Edward Dmytryk was born on September 4, 1908 in Grand Forks, British Columbia, Canada. He grew up in San Francisco, the son of Ukrainian immigrants. After his mother died when he was 6, his strict disciplinarian father beat the boy frequently, and the child began running away while in his early teens. Eventually, juvenile authorities allowed him to live alone at the age of 15 and helped him find part-time work as a film studio messenger.

Dmytryk was an outstanding student in physics and mathematics and gained a scholarship to the California Institute of Technology. However, he dropped out after one year to return to movies, eventually working his way up from film editor to director.

By the late 1940s, he was considered one of Hollywood's rising young directing talents, but his career was interrupted by the activities of the House Un-American Activities Committee (HUAC), a congressional committee that employed ruthless tactics aimed at rooting out and destroying what it saw as Communist influence in Hollywood. A lifelong political leftist who had been a Communist Party member briefly during World War II, Dmytryk was one of the so-called "Hollywood Ten" who refused to cooperate with HUAC and had their careers disrupted or ruined as a result. The committee threw him in prison for refusing to cooperate, and after having spent several months behind bars, Dmytryk decided to cooperate after all, and testified again before the committee, this time giving the names of people he said were Communists. He claimed to believe he had done the right thing, but many in the Hollywood community--even those who came along long after the committee was finally disbanded--never forgave him, and that action overshadowed his career the rest of his life.

In the 1970s, as his directing career ground to a halt, Dmytryk recalled some advice once given him by Garson Kanin, and returned to academic life, this time as a teacher. From 1976 to 1981 he was a professor of film theory and production at the University of Texas at Austin, and in 1981, was appointed to a chair in filmmaking at the University of Southern California, a position he held until about two years before his death on July 1, 1990 in Encino, California. During his teaching career, he also authored several books on various aspects of filmmaking, as well as two volumes of memoirs.

Dmytryk directed one Euro-western “Shalako” in 1968. Today we remember Edward Dmytryk on what would have been his 105th birthday.