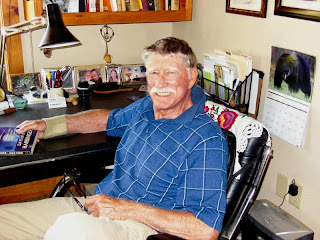 The premise of the book is “can one man change the way the entire world thinks?” where the main character, jaded movie star Johnny Grant, becomes increasingly discontented with man’s inhumanity to man and begins to be convinced the human race is headed for self-destruction. Frustrated and depressed by his inability to affect changes needed for improvement, Grant hungers for the ultimate power to make a difference despite controlling corruption in government, greed and selfishness in the world.

In his story Cord’s character Grant, on film location in Australia, explicably vanishes. A worldwide frenzy erupts after his disappearance. After being gone for three days, Grant returns with a fantastic explanation for where he has been.

Grant’s story, lack of evidences of where he has been and search for the truth explodes into worldwide controversy.

“Days of the Harbinger” is the third book written by Cord whose previous novels “Sandsong” published by Warner Books and “A Feather in the Rain” published by Five Star Publications achieved much success and wide acclaim with talks of a future movie on the horizon.

Cord first came on the scene during the 60’s where his avid interest in acting and training at the Actors Studio began his professional career in summer stock theater.

One of his more iconic roles was the mysterious eye patched Michael Archangel in the 80’s series “Airwolf.”

Cord said the idea for his latest book had been on his mind for 15 years. The difficulty was in deciding how to write it. Then a couple of years ago, the solution to the book came knocking and he then knew how it should be constructed. He has spent the last two years working on the plot, developing the characters and honing his craft until it was beautifully edited and published this year.

Although he majored in English literature, Cord credits the masters of literature as his greatest teachers.

He said, “I have read all of Steinbeck, Shakespeare, Hemingway and Faulkner as well as other great new writers and you will find that as I read I highlight passages that jump out at me.”

“Character development and description are what make a good story to me,” he continued. “When I read a book or story, the character must jump out at me and I can see them visually and in word. Perhaps my years as an actor strengthen my characterizations.”

Two windows allow soft light into his working office with pictures of family, friends, movie stills and posters dominating the walls. It is a comfortable place of personal history with heavy laden bookcases where instruments of his craft dominate the shelves. One of the family dogs, Chico, sleeps soundly at the door staying close by just in case he is needed to lend a paw or to offer an ear to be scratched.

Not one to rest on his laurels, Cord is already thinking of his next book he has tentatively called “Conversations with Man,” a collection of interviews from men who offer insights into their thoughts on women.

Cord’s wife Susannah Cord has also urged him to start his autobiography and he is pondering that possibility.

“I have been so blessed in my life and so grateful for everything that has come my way,” Cord continued. “I think that to be successful in anything you have to believe in yourself and your talent. When you have finished what you have set out to do, validation by those who respect  you is so sweet.”

You can purchase “Days of the Harbinger” online at amazon.com.

Autographed copies are available through www.timbercreekpress.net.