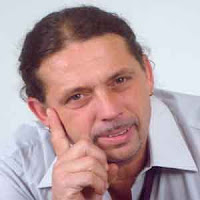 Andrea Balestri was born on September 1, 1963. He is best known as Pinocchio in 1972 Italian TV series ‘The adventures of Pinocchio’, directed by Luigi Comencini. He’s appeared with such actors like Nino Manfredi, Franco Franchi, Ciccio Ingrassia, Gina Lollobrigida and the great actor and director Vittorio De Sica as the Judge.

After his great success on TV, Balestri continued his acting career working on other movies such as “Torino nera” (1972), directed by Carlo Lizzani, with Bud Spencer and Domenico Santoro the children’ Euro-western “Bad Kids of the West” (1973), that won the Giffoni Film Festival as the best adaptation in 1976, and “Furia near” (1975), directed by Demofilo Fidani.

Even though with his great success he never moved to Rome to continue his acting career, that suddenly ended. Balestri declared: "It is important not to forget where you come from. If you are a worker, and you suddenly win something and then you lose it, you can could back to work as a worker but the world doesn't stop. You need to be modest, stay with your feet on the ground. Is the only thing that can save you".

During last decades he’s taken part in several TV programs to tell his cinema experience and acted in two short films. He also took part in a cameo in the movie “Faccia di Picasso” directed by Massimo Ceccherini, in which he played “the only real Pinocchio”.